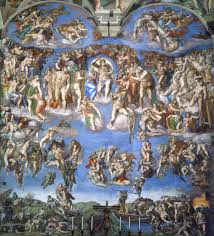 I was sauntering through the kitchen a few days ago and there was my wife reading a news story on the computer. She was shaking her head and the headline caught my eye:

For understandable reasons, I confused the headline with the following:

Baby’s life-support will be switched off today against parents’ wishes: judge rules

So I asked my wife why she was reading an article about Charlie Gard, the baby who died in the UK last year at the insistence of his doctors and the decree of the court and over the objections of everyone from the parents to the Pope. My wife, a bit shocked (at the story, not me) explained that it involved Isaiah Haastrup, not Charlie Gard.

In other words, it was another case of a hospital in the UK deciding to remove a child from life support, the parents wanting to keep him alive and the court assuming the role of God.  The first headline above is about Isaiah, the second about Charlie.

Charlie’s parents lost all their appeals, Great Ormond Street Hospital pulled the plug and he died. This despite the raising of huge sums of money to continue his treatment.

Isaiah’s parents are still appealing and have a court hearing later this month, but it seems that King’s College Hospital is just itching to pull his plug. I have serious doubts that a UK appeals court will be struck with a random case of sincere Catholic moral conscience.

Am I alone in seeing the irony that in sophisticated medical institutions, in one of the world’s “great” cities, there is such a disconnect between the caring image presented, the compassion claimed, and reality.

Hospitals, courts, government leaders, social-service agencies are all quick to promote how caring they are, how much they want to do the right thing. But none has the wisdom to decide the time of death.  That is God’s alone.

When I wrote of Charlie Gard’s death last July, I had an eerie sense I would be writing of something similar in the future. I have the same feeling now.