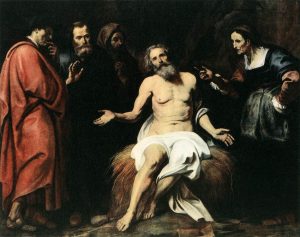 Naked I came from my mother’s womb, And naked I shall return there. The LORD gave and the LORD has taken away. Blessed be the name of the LORD. – Job 1:21

I have of late thought much of death.  It isn’t personal; no dread diseases beset me, no dangerous journeys lie in my immediate future.

It is to Charlie Gard’s credit that I consider who ultimately owns life and death.  Is it the doctors who treated him?  Is it the judge who denied his parents the freedom to travel overseas for further treatment?  Is it the well-intentioned bureaucracy of British health care? Is it his parents?

Imagine the pain of those parents.  Less than a year ago they brought a seemingly health son home.  But he didn’t progress as other babies his age and doctors soon discovered his serious illness.  In the months ahead, he was back in the hospital, his condition worsening and his parents working for funds and permission to get more help.  Delays…delays…delays…too late…now.

Those parents soared from obscurity to prime players in an international debate over when to pull the plug on Charlie’s life support machinery.  No parent would choose this path to notoriety.

And God said, “Let the waters bring forth swarms of living creatures, and let birds fly above the earth across the firmament of the heavens. – Genesis 1:20 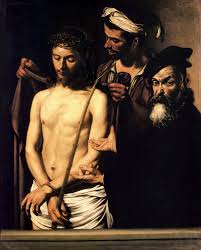 As Christians, we believe life comes from God; it didn’t just ooze up from the mud of a spontaneous planet.  And God had better plans for us than death.

Do not court death by your erring way of life, nor draw to yourselves destruction by the works of your hands. Because God did not make death, nor does he rejoice in the destruction of the living. For he fashioned all things that they might have being, and the creatures of the world are wholesome. There is not a destructive drug among them nor any domain of Hades on earth. For righteousness is undying. It was the wicked who with hands and words invited death, considered it a friend, and pined for it, and made a covenant with it, because they deserve to be allied with it. — Wisdom 1:12-16

Modern medicine has helped us to cure dreaded diseases and mend broken bodies.  The issue of when to remove a baby from life support didn’t exist when I was a baby.  If I had been as sick as Charlie Gard, a judge would have had nothing to decide; I would have died.

I fear we sometimes start to believe we are God, with the power — and wisdom to decide who lives and who dies.  In Charlie’s case, it appears a judge will determine when a baby dies.  That scares me .It should scare you.

Of course, we can only delay earthly death.  There is a path to overcome death; if we don’t believe that, there isn’t much point to being Christian.  That path is a person, Jesus Christ.  He and Charlie have this in common: both had a judge who failed to intervene on their behalf.  Unlike Jesus, Charlie is just a baby.  But he has given us much to think about.