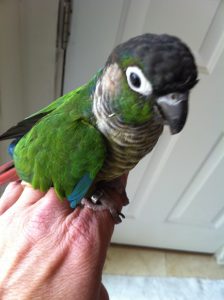 Once upon a time, there was a Chicago radio host who tried to help nervous air travelers by loaning them his rubber chicken. The idea was that if you took the chicken with you on the plane you would have no fear – or at least your fears would be greatly diminished.

This came to mind a couple days ago when United Airlines denied a woman’s request to bring her emotional support animal on a flight. In this case, it was a real, live bird – a peacock.

Let me be clear; I like birds. In point of fact, I have a bird who has been living in my home for the past 18 years and is a beloved member of the family: Conrad the green-cheek conure. The green-cheek is a small parrot that hails from the forests of South America. 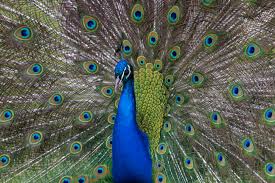 Despite being a cute, friendly and emotionally supportive bird, Conrad never has and never will accompany me on an airline flight. It would be silly and potentially annoying to other passengers.  Conrad tends to screech during times of stress, which being locked in a metal tube with dozens of strangers would certainly constitute.

A peacock would be much more disruptive.  It is larger and could generate considerably more bird waste. It is hard for me to imagine why anyone would think it is appropriate to bring a peacock on a plane.

But I admit that I don’t know why anyone – other than a blind person with a service dog – thinks they should bring an animal on a plane.  The right to animals on a plane is not in the constitution nor bill of rights.

But in our me-first culture, many people seem to believe they have a right to bring their little poochy-woochy wherever they go. Frankly, being stuck on a plane beside a woman (sorry, but I’ve never encountered this behavior in a man) on a plane with her “purse dog” is discomforting. A non-purse peacock is absurd.

I have friends from South Africa. They never ask to bring an emotional support elephant on a plane.

I have friends from Canada. They never ask to bring an emotional support moose on a flight. 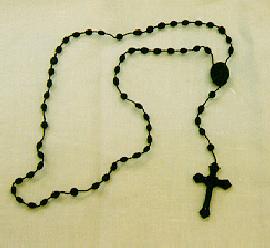 But my friends – and I – do have something for emotional support.  It also works for spiritual support.

Prayer: quiet, easy, portable, can be done in any place under any circumstances. A useful tool for prayer is the rosary (as in beads), which is helpful for praying the rosary (prayer).

Unlike dogs, peacocks, elephants or moose, the rosary does not have to be walked, fed or cleaned up after. And when it comes to emotional support, I’ll take my rosary over any 10 pesky peacocks.