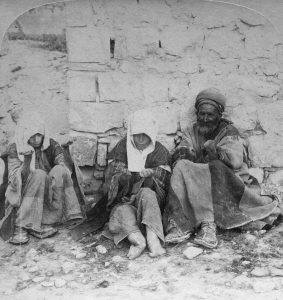 “For you always have the poor with you, and whenever you wish you can do good to them; but you do not always have Me.” – Mark 14:7

Don’t worry. Despite initial appearances, this will not be a scripture commentary

I am not a theologian.  I am just a guy who hears a line from the gospel and spends a decade or two pondering its meaning.

The line cited above in triplicate is part of the story of the woman who anoints the feet of Jesus with expensive oil and dries his feet with her hair.  To me, that qualifies as quite an act of humility.

But one of the apostles (Judas, who would later prove less than trustworthy) expresses his concern that they should have sold the oil and given the money to the poor.  Thus the response of Jesus, basically saying they wouldn’t have him around forever (at least not physically) so chill out and let the woman offer this act of service.  Besides, you will always have poor people – and you always will have the opportunity to do good.

There is so much in this short passage.  First, there is something to be said for honoring Christ.  Tabernacles are made from precious metals – not recycled cardboard.  And churches are designed to be beautiful, to lift our spirits and to honor God.

(Aside: Once upon a time Catholics dressed up in their “Sunday Best” clothes to go to Mass. That was a good thing and some of us still go to Mass in dressed like we care.) 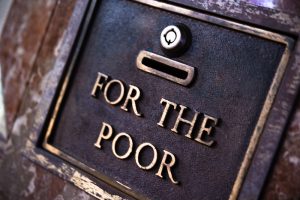 For some reason, this gospel passage meandered through my mind yesterday as I was perusing my favorite Catholic news website, ZENIT.  (Disclaimer: I write for ZENIT, so my feelings about the website are highly prejudiced.)

In any event, I’m looking at the page and many of the stories are uplifting and inspiring. Hey, we try to evangelize here!

But in that single news cycle appeared stories about challenges facing the world that seem like they should have been fixed long ago:

What struck me was that these four “bad” stories could have been written when Jesus was conducting his public ministry on earth: leprosy, antisemitism, hunger, and innocents slaughtered.  Horrible problems then, horrible problems 2,000 years later.  Perhaps it will be the same 2,000 years from now.

I could get a bit discouraged.  But maybe I’m missing the point. Maybe it isn’t just the poor who will always be with me, but also the sick, the denigrated, the hungry and those who suffer through no fault of their own.

Perhaps God wants to give me – and all the future guys like me – a chance to care and do good.