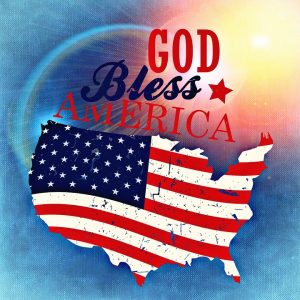 Many Americans are trying to hold two seemingly incompatible truths in their minds at the same moment:  The sun came up this morning and Donald Trump will be the 45th President of the United States.

It must be true, because even the New York Times reported:

Donald John Trump was elected 45th president of the United States on Tuesday in a stunning culmination of an explosive, populist and polarizing campaign that took relentless aim at the institutions and long-held ideals of American democracy.

Truth be told, the Times didn’t comment on the rising of the sun, and they were so terribly wrong in suggesting that Trump attacked “the institutions and long-held ideals of American democracy.”

Trump criticized big government, high taxes, over-regulation, abortion, open borders and political correctness.  News flash:  none of those is long-held ideals of American democracy.  In fact, politicians who promote those ideas are in complete contradiction to the Constitution and the Founding Fathers.

I suppose Trump’s victory is stunning to some folks, but not to people who live in small towns far removed from New York City, Hollywood and Washington.  The nation’s “newspaper of record” might do well to visit the space between the Hudson River and the eastern border of Los Angeles.

There is much prayer and work ahead to heal the divisions in our nation.  But I chuckle a bit when I hear people say, “we’ve never been so divided.”  We have.

Trump faces the challenge of bringing people together, but Abe Lincoln had a rather divided nation on his hands.

Woodrow Wilson struggled to achieve enough political consensus for the US to enter World War I.

Franklin Roosevelt couldn’t lead the US into World War II until well after the fall of Dunkirk and the Battle of Britain.  It took Pearl Harbor to get our full attention.

The pain – and sometimes violence – of the Civil Rights Movement and the Vietnam War protests revealed a nation torn apart by fear and hatred.  Many of those scars remain.

Yes, we have many problems.  The United States is not and never will be the Garden of Eden.  But we remain the world’s best hope for truth and freedom.  Let’s get to it.