The Catholic Love of Life 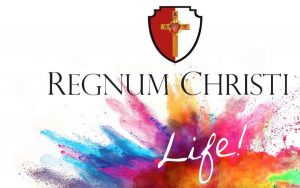 While chatting with the kids from Sunday school, I asked them, “What do you want to be when you grow up”?  Some of the most popular answers were doctors, firemen, policemen etc., and why?  Because they can save people, save a life, and save the world!

However, do these occupations and truth still hold the same in the modern society?  For example, in the medical profession, are the doctors’ core mission still to save lives?  Do physicians still live up to their Hippocratic oath that “I will not give a lethal drug to anyone if I am asked, nor will I advise such a plan” (Conference of US Bishops, To Live Each Day with Dignity)?

The modern culture tends to lead us to think that we can have the control of life and death by taking the decision into our own hands (Evangelium Vitae 15).  By allowing doctors to prescribe the means for their patients to kill themselves and others, i.e. euthanasia and abortion, killing is no longer an offence but seen as a “medical treatment”.  The traditional meaning of the “healing art” has been corrupted (Conference of US Bishops, To Live Each Day with Dignity).

So, what does Catholic morality teach about respect for human life?  Taking euthanasia as an example, how does that conflict with our Christian moral values? 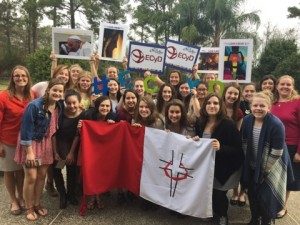 The Value of Human Life

“Human life, as a gift of God, is sacred and inviolable” (EV 81).  As Christians, life is our first gift from God (Conference of US Bishops, To Live Each Day with Dignity).  It is the basis of all good and that no one may dispose of it at will, for it opposes God’s love for that person (Sacred Congregation for the Doctrine of the Faith, Declaration on Euthanasia).  Especially for intentional euthanasia, meaning “putting an end to the lives of handicapped, sick, or dying persons” (CCC 2276), it is morally unacceptable, a murderous act and grave sin (CCC 2277).  For God alone is the “Lord of Life” from its beginning until its end (CCC 2258) and such action is gravely opposing to the dignity of the human person (CCC 2324) and “supreme dishonour to the Creator” (EV 3).  Hence, the Second Vatican Ecumenical Council condemned crimes against life “such as any type of murder, genocide, abortion, euthanasia, or wilful suicide” (Pastoral Constitution Gaudium Et Spes, no. 27). 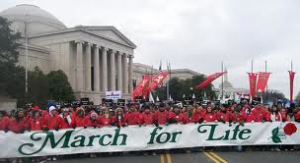 Historically, the word Euthanasia means “an easy death” without severe suffering and used in a more particular sense to mean “mercy killing” (Sacred Congregation for the Doctrine of the Faith, Declaration on Euthanasia).  The misconception of euthanasia as being compassionate and eliminating suffering is totally misleading because not only does it leave behind families and friends in emotional pain, it also gives negative influence to the other vulnerable people to see death as a solution (Conference of US Bishops, To Live Each Day with Dignity).  As Pope St John Paull II wrote in Evangelium Vitae, “the meaning of life is found in giving and receiving love.” Not only must we not take away any human lives but it must also be protected with loving concern (EV 81).

Patients who seek euthanasia to escape their sufferings are often not those of physical pain, which can be relieved with competent medical care, but feelings of isolation and hopelessness (Conference of US Bishops, To Live Each Day with Dignity).  Hence, Pope St John Paul II suggested that “the way of love and true mercy” is to provide the love, support, companionship, assistance needed to ease their physical, emotional and spiritual suffering (Conference of US Bishops, To Live Each Day with Dignity).  We must provide kindness and charity to those who are suffering as it is also service to Christ because “as you did it to one of the least of these my brethren, you did it to me” (Mt. 25:40).  If the vulnerable patients could solve this ultimate root problem of their suffering, do you think they would still choose death over a life ahead with love and hope?

The Christian Value of Suffering

In addition, understanding the true Christian value of suffering, meaning to suffer in union with Christ, “transforms this depressing feeling” (Salvifici Doloris 27).   Just as the Apostle Paul says, “Now I rejoice in my sufferings for your sake” (Col 1:24), for he has discovered the meaning the salvific meaning of suffering, which “clears the way for the grace” and transforms the human souls (SD 27).

As Christians, we should see suffering as a gift from God, a way to sanctify our souls and “an invitation to manifest the moral greatness of man, his spiritual maturity” (SD 22).  By taking up our daily cross (Lk 9:23) and observing Christ’s suffering on the Cross, our suffering is to share the suffering of Jesus which is a way to sanctify ourselves, so through Christ, we share abundantly in comfort too (2 Cor 1:5).  It is only through this very participation in Christ’s suffering through faith, that we can find “a new content and new meaning to suffering” (SD 20).

The duty of doctors and those in the health-care profession is supposed to be “an impassioned and unflinching affirmation of life” (EV 89) and causing the death of one’s life can never be considered as a form of “medical treatment” regardless of the intention and the patient’s request (EV 89).

As Pope St John Paul II stated, “euthanasia must be called a false mercy, and indeed a disturbing ‘perversion’ of mercy” (EV 66).  It is a distortion of the true meaning of mercy and compassion.  Instead, we should be sharing another’s pain and not just by offering to terminate the lives as an escape from the suffering we cannot bear.  The agenda of euthanasia promotes “a narrow and distorted notion of freedom”, by creating an illusion that those who suffer are being aided, which is a threat to the authentic human freedom (Conference of US Bishops, To Live Each Day with Dignity).

Therefore, as the “children of light”, we must walk in the path that pleases the Lord and “take no part in the fruitful works of darkness” (Eph 5:8, 10-11).  We must build a new “culture of life” that is to have a deep critical sense, capabilities of discerning true values and authentic needs that is urgently called for in this world of “culture of death” (EV 95).