The Adulation of Hypocrisy

Captain Renault: I’m shocked, shocked to find that gambling is going on in here! – From the classic scene in Casablanca, made in 1942 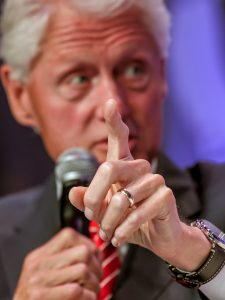 Twenty years ago – January 17, 1998, news broke on Drudge that then-president Bill Clinton had “relations” with a young intern in the White House.

That was the moment when I thought our nation had lost discretion and decorum.  It wasn’t only that I was disappointed (hardly shocked) that the leader of the free world might engage in illicit sex.  No, it was the explicit nature of how the media described the “affair.” And following that came the hypocritical outcries from politicians and press suggesting they had no idea such things ever happened.

Last year we witnessed the Weinstein scandal in Hollywood.  Goodness…a movie director asking pretty girls for favors in exchange for stardom.  Everyone in the movie industry was shocked – the same people who are churning out movies and television shows filled with violence, profanity, nudity and explicit sex.

And in the past week, politicians and political pundits are protesting the profane pronouncements of our apparently potty-mouthed president.  My goodness, a president using disrespectful language.  The language was so awful, but newspapers reprinted it in headlines and critical politicians repeated the words while lambasting the president for using it.

Having spent time in newspaper offices and public-relations agencies, I can testify that President Trump could not utter any word that a large percentage of reporters, senators, congressmen, corporate executives, teachers, police officers, firefighters, soldiers and, yes, sailors, utter on a regular basis. 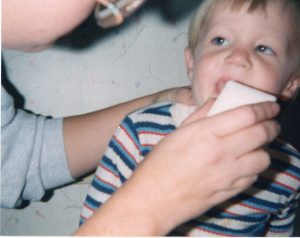 I am not endorsing or excusing foul language.  But even a cursory examination of history would suggest swearing has been a problem for a long time.

In 1738, Edmund Gibson, Lord Bishop of London, published “An Admonition against Profane and Common Swearing.” He hoped to save an increasingly coarse culture from further descent.

On August 3, 1776, General George Washington ordered that there be no swearing by the soldiers under his command. I guess his ears were ringing.

And as a Christian, I’m aware of the Second Commandment: “Thou shalt not take the name of the Lord thy God in vain.”

I’m also aware that the Gospel isn’t gentle with hypocrites.

“Why do you look at the speck of sawdust in your brother’s eye and pay no attention to the plank in your own eye?” – Luke 6:41

“Woe to you, teachers of the law and Pharisees, you hypocrites! You are like whitewashed tombs, which look beautiful on the outside but on the inside are full of the bones of the dead and everything unclean.” – Matthew 23:27

How sad it is that people of power and influence behave badly.  But the hypocrisy permeating our culture is horrifying.  Most of us are behaving badly and we need to start behaving like Christians. We need Jesus as our role model, not Captain Renault.