The Humility of a Foreigner 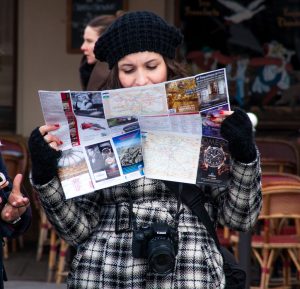 It is Thursday afternoon as you hurry to renew your registration at the Department of Motor Vehicles (D.M.V.). You chose to handle this task at lunch to avoid extending work into happy hour. Nevertheless, you are rushing in hopes that divine intervention will gift you a shorter line today. It is not, of course, as the machine gives you ticket number 27.

After 15 minutes, you realize one person has been at the counter for too long. As you lean in for a closer look, you realize he is not a U.S. native, but a foreigner. And given the government counter attendant’s desperate eyes and posture, the language barrier is proving difficult. Meanwhile, the customer continues pointing at the same document and laboring to repeat a couple key English phrases.

You sigh  and slump in your seat. As your last hope of a short workday fades away, the words slip out: “dang foreigners can’t figure out how to speak or drive, much less….”

I have been guilty, too. But when I became a “Foreigner” I received a great lesson in humility, albeit in an unexpected manner. It began in what appeared to be an example of the classic arrogance-followed-by-lowering-of-self juxtaposition. But it lead me to somewhere else altogether.

Despite lacking a lofty IQ, I fancy myself as practically intelligent. I am extremely observant and have been exposed to a (relatively) broad variety of cultures and worldly viewpoints. As a result, I am highly socially aware and adept at maneuvering in a variety of cultures, allowing me to outperform my actual level of knowledge on occasion. However, upon arrival in a foreign country, my stash of cultural and societal lessons seemed useless, as if all the drivers of modern society as I knew them no longer applied.

I experienced this first in France, when I trusted an attendant’s explicit assurance of a same day arrival in Nice following a small village stopover. I even verified his claim by reviewing the detailed train schedules. However, upon arrival of the first train in the village, I was greeted with the revelation that neither the attendant’s claim nor the schedules I had reviewed was valid. Rather a different seasonal schedule was in effect that was not available for customer review. So we wandered the streets that night because we could not afford the only hotel.

Similarly, I was navigating Cancun, Mexico via the public bus system years later. I spoke Spanish well and asked a driver for my desired location, confident of a “yes” given my three months’ city knowledge and intuition of sensible public transit routes. (I ride the Washington DC Metro daily, after all.) But in the blazing sun with a full van of people anxious to keep moving, his face said enough before he ever uttered “no”. His look said, “not only does this bus not arrive there, but you are too confused for me to explain how to arrive at all. Sorry and good luck.”

Possibly the worst was my inability to respond effectively in many public interactions. The slight panics triggered by the combination of unfamiliar culture and language (and all the accompanying timing, tonal and lingual implications) were pervasive. The majority of public encounters like our D.M.V. example ended with a confused facial expression and frustrated posture: exactly like our friend. And the most disparaging was my sudden incapacity to recount stories in Spanish following the loss of my native-English wits.

However the most baffling element was that my American friends subsequently confirmed my intelligence, wits, ability to navigate and to recount stories. Nevertheless, there I sat feeling humiliated in Mexico. I knew that my inability to speak the native tongue severely hindered the manifestation of my intelligence and self-awareness. But I still wanted to be understood and appreciated in Spanish. Then I stumbled upon a great video explaining humility which changed everything.

I had mistaken humility to simply be the state of opining modestly of oneself following arrogance. But that is not necessarily correct. Actually, while humility can entail that modern reduction of auto-esteem, it can also be the contrary lifting of auto-opinion following under-estimation. Humility, more classically and religiously defined then, is the realization of the truth and actualization of corresponding responses. It is an accurate view of an entity relative to other entities (i.e. God and his creation).

Therefore, pride is not limited only to arrogance or inordinately high self-opinion. It actually consists of an incorrect worldview centered upon an inaccurate view of self. This view could be deflated (viewing self as inferior to reality) though more often it is inflated.

This realization completely altered my perspective of being a “foreigner” because it revealed that I was not simply guilty of overestimating myself in a vain arrogance. Rather, the world surrounding me had changed. And despite correctly-directed efforts, I was still in need of humility – or better said – some time to re-familiarize myself with myself in the context of a new reality. My abilities, strengths and weaknesses had changed and no quantity of smarts nor reason could have prevented tribulation.

Ultimately I found that the measure in which I was subjected to those frustrating experiences was also the measure by which my admiration of foreigners grew because they truly understand humility on a more intimate level.

And as a foreigner I was forced to learn to forgive the offenses of others on a new level. I had to let pass and ultimately move past said offenses because I was simply not able to reproach those who offended me. And the removal of each burden left me capable of loving a bit better. After all, it is Biblical (and objectively wise) that true love seeks to understand rather than to be understood. And the same goes for appreciation. I assume that played a role in Jesus of Nazareth – the ultimate foreigner – arriving on earth like He did.

Drew Jones is a young-at-heart, fun-loving thinker living in the Washington D.C. area, hailing originally from Chattanooga, TN. He enjoys reading, traveling, sports, and adrenaline rushes. He joined the Church in 2011 and hasn't looked back - rather he just keeps reflecting, and saying please, sorry and thank you.
View all posts by Drew Jones →
This entry was posted in RC Live. Bookmark the permalink.