Missions: The Experience That Trumps the Idea 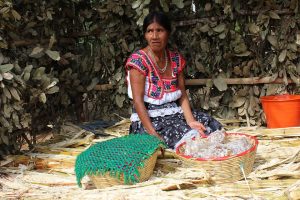 As I packed my bags for Mexico, I was really proud of my theoretically oriented blog The Missionary Mentality. I honestly thought it would open some eyes and maybe even touch a heart or two. Maybe I missed that part. I received as many argumentative questions as affirmations or gracious responses as my time at the mission endured. Before I returned home, I even re-read the exhortation of ‘pre-missionary-life-Drew’ a few times and was baffled at how many just did not get it. Were my so-called ‘critics’ unwilling to leave their comfort zone? Or was I just plain wrong in some capacity to write a lengthy blog missing the entire point of the missionary life?

At first glance, I have to admit my time as a missionary does not resemble the proof of theory or ideology of my blog. It takes the shape of an adventurous, humbling, sometimes frustrating and always beautiful story that is now a chapter of my life. (How did I not see that coming?) I hope that a few of my defining moments can serve in a similar capacity for others.

Things started slowly enough in Cancun, but as I started my actual work, the new routine proved difficult. Who would have thought spoon-feeding the elderly, administrating the teeth-brushing and hand-washing line for two-year olds, or teaching English to teenagers could demand so many hours in a day? 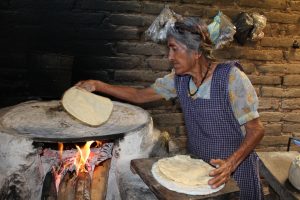 But despite my struggles with the tasks themselves, I was struck by how well I was received in them. Just my presence as a missionary seemed to offer positivity, no matter how unprepared I was or how bad my Spanish (Mexican, really) accent was. Nervous greeting welcomed my companions and me and smiles emitted appreciation for what we had left behind to be there. And those sacrifices always seemed to speak volumes before we ever opened our mouths. When we stepped into the room, everyone seemed to assume that we viewed the world in a more positive light than that which I could actually credit myself.

I was already certain that the missionary plays the role of beneficiary, especially in the emotional and spiritual capacities and that seems even truer now. Further, I cannot overstate how impactful to my paradigm of life was the opportunity to learn from a simpler and less preoccupied way of life. ‘To give up one’s life (to service) was assuredly to more fully obtain and live it’. But I realized – in all humility – that I had underestimated how much spiritual and emotional giving was possible through me as a missionary – or really just what God had to offer through me.

As I reflected one night under the stars on the roof of the chapel, a realization found me through all the bugs and humidity. When I was giving, I had to do more than simply show up in the role of missionary. I needed to fill the daily role without fear and with complete commitment to each task. I had a choice each day to either simply pass the experience by doing what I had to do, or by truly investing and submerging myself into whatever came my way. It was tiring, but as the days wore on, I found the latter pulling me further into its ways. Almost everyone I encountered was gradually re-formed in my mind’s eye. And I have to assume they felt the same way because I perceived how much appreciation was prompted by my willingness to get to know and spend time with people. Days filled with of honest, invested encounters seemed to leave everyone more fulfilled, no matter how much we did not accomplish. And it seemed my missionary experience was really trending upwards!

Days after, we missionaries offered an overnight retreat to some high schoolers at the mission. To say it was challenging would be an understatement. With just three hours of sleep following overnight adoration, I felt more frustrated than exhausted from the pure volume of behavioral correction and pleading for cooperation I had exerted. The apparent lack of appreciation was that much more taxing in light of my new fully committed daily approach. But as everyone parted ways in the afternoon, the students’ gratitude seemed to appear out of thin air. I even felt guilty after hearing ‘thank you’ so many times en route to the bus stop. 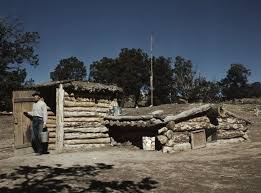 I had misjudged the actual gift with which we missionaries were equipped. It was not something affirmed through astute attention. Rather it was a spark to re-ignite a passion and maybe re-embark on an endeavor. By simply filling the role of missionary, we personally reminded others that there is more to life than passing the school exam or making it to work on time. And we were a living example of those who find life inspiring in that way. Of course, the bridging of worlds otherwise unconnected was also useful in God’s life-changing concoction. And as much as I would love to take credit for what I ‘contributed’ to the experience, I cannot. I had to have received more, if only from the shock that God could do something like that with me in the room.

When the day arrived to leave the relative safety of the mission for our assigned pueblo in the jungle, my roller coaster ride experience took me for another curve. I saw a way of life non-reminiscent of anything I knew. Jobs were scarce, bad health more common, medical care more limited. I encountered more closely than before physical deformities, addictions and loneliness. It was not until then that I was forced to reflect on suffering and my need to learn from a practical perspective.

Despite my relatively sound theoretical understanding, I had been accustomed to a certain practical, daily treatment of suffering in my pre-missionary life.  In summary, it is a reactionary, sentimental offering based in good manners. A wish for speedy end is also thrown in for good measure. Naturally, it is also accompanied by a marked discomfort in suffering’s actual presence because it is presupposed by a perplexed disdain of something not understood. Therefore, it is just purposed to comply with polite expectation. Truthfully, it is simply a habit of the culture in which I was nurtured, grew and lived.

But in the pueblo where suffering took on a different face, I found a markedly different reaction. It was a sentimental offering, but it was so much more genuine. I found a hope for an end, but without the desperation prompted from lack of understanding. Interaction with suffering was much more intimate because it had to be in such a small, simple place, lacking gobs of people and distractions to cloud the moments. And strangely, the discomfort was not present. A person in suffering was almost beckoned closer rather than awkwardly observed from distance or avoided. The ability to co-exist with suffering was so much more developed and mature in its actions. Somehow, it told me that while the physical suffering may have been more abundant, so too at times was true joy and peace.

Before I let the sleepy disposition of the pueblo render me unable to extract any further life-altering nuggets, one final realization slapped me awake. While we were there, we stayed in a local family’s home, eating their food, sleeping in their hammocks, and essentially living their way of life. We offered a helping hand as we were able with the daily handiwork to live, but our only true contribution was sacramental preparation for Baptism, Confirmation and first Communion – with a dose of emotional support on occasion. From a material perspective we consumed without contributing, which felt wrong for a long time. But now having lived it, I see why everyone else insisted it be that way. 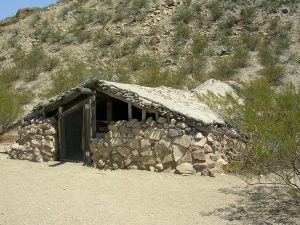 There was a different group of missionaries also in town a couple of days while we were there. They brought a doctor to perform basic check-ups free of charge and handed out medicine, a meal, and clothes amongst other materials. They slept in a hotel in Cancun two hours away, driving back and forth each day before moving on to another pueblo. I spoke with one man to find out they were from a protestant church near my home in the USA. Our interaction was brief, but I took away two things:

Reflecting – and dripping sweat – in my hammock that night, I realized that he saw no need to learn a new language. He did not plan to communicate with those he encountered or live, in any form, their lifestyle. Further, I saw how strongly his actions implied that materials were the most important part of the encounter. They were the only thing for which he made provisions to offer and he did not even attempt to see life from a lesser materialistic perspective. After 10 straight days in the pueblo, I also witnessed how much the locals noticed his implication – in a bad way.

In the end, he had no intention to receive in any capacity. He simply wanted the experience of giving material goods and comforts to which he honestly thought every person should have. So much potential good was forsaken as a result. He utterly passed on the opportunity to connect with someone completely different and experience his world becoming both bigger and smaller at the same time.

What I mean is that two things happened for us as a result of living the less materialistic life familiar of our hosts and learning their language(s). First, our world was expanded by learning how different life could be on this earth, even just in the neighboring country. But simultaneously, conversation and shared experience enabled us to connect via common joys, struggles, the resulting feelings, belief, and so much more. Secondly, we lived the Christian ideal that materials are not so important, even though we had a lot of them in our non-missionary lives. And more importantly, our manner of living there did not imply that anyone with fewer materials was less dignified. And that left me with more invaluable things in hand and heart than I can recount in a blog post.

As I stared out the plane window heading back to the USA, I replayed in my mind all the hopeful petitions for our potential, if improbable, return. Somehow, it all seemed so much more real than when I was physically there and I am still unsure why. But I do know a beautiful mix of timing, wise guidance and divine intervention connected two imperfect peoples in a nearly perfect way. It seemed like everyone played Missionary and everyone played Host. The one percent and the impoverished, too. The healer and the broken. The leader and the lost. I know I was all of those things, even though I did not expect it. And I would not have wanted it any other way.

Drew Jones is a young-at-heart, fun-loving thinker living in the Washington D.C. area, hailing originally from Chattanooga, TN. He enjoys reading, traveling, sports, and adrenaline rushes. He joined the Church in 2011 and hasn't looked back - rather he just keeps reflecting, and saying please, sorry and thank you.
View all posts by Drew Jones →
This entry was posted in RC Live. Bookmark the permalink.