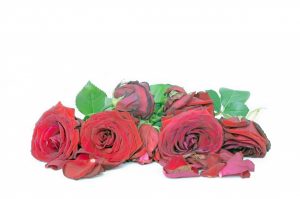 I doubt Barronelle Stutzman ever expected she would be appealing a case to the US Supreme Court.

Barronelle isn’t a terrorist, political activist or criminal.  She is a Christian and a florist. In Richland, Washington.

When I picture a Christian/florist, I can’t immediately think of a likely reason for such a person to wind up in front of the nation’s highest court.  But the crime of violating political correctness can pop up in the most innocent of places.

This florist’s life of crime unfolded in 2013, when she declined to provide floral services for a same-sex wedding.  Ironically, the customer who complained was a long-time customer who obviously had been served in Barronelle’s shop on numerous occasions.  But the Christian florist wasn’t comfortable serving a ceremony that violated her beliefs.

The State of Washington (which charged her with discrimination), Federal Government, American Civil Liberties Union, Alliance Defending Freedom and, of course, one persecuted florist have spent millions debating who you have to sell flowers to.  Looks like the case is headed to the Supreme Court.

What a horrible waste of time, energy and resources.

In a sane society, we wouldn’t be having this debate. There would be no such thing as a same-sex marriage. If someone decided to hold a same-sex ceremony, they certainly wouldn’t expect people of other beliefs to participate.

In this case, there were plenty of options around Richland for someone to get wedding flowers.  It wasn’t as if Barronelle controlled the last supply of water in Washington and allowed the gay community to die of dehydration.

We’re talking a dispute over wedding flowers – all the way to the Supreme Court.

For some reason, this brought to mind a scene from my childhood…I suppose I was about 12 years old.  I wandered down to my local barbershop on a Saturday morning for a trim.

While I was waiting, a guy with a bushy head of hair got his turn in the big chair and announced he wanted a Mohawk.  The barber laughed and replied that he didn’t do haircuts like that, so the customer would have to go elsewhere.

The customer argued a bit, the barber held his ground and after a minute, the customer was out the door to look for a Mohawk-friendly barber.  End of story.

Of course, that was 40 years ago.  Today, the barber would either do the Mohawk or be hauled into court.  I’m not sure what the charge would be, something like discriminating against plume-preferring hairy men – I’m sure they are a “protected” class.  That would not be progress.  It would be ridiculous.  And it is where we are headed.