Poverty, chastity and obedience… for me? 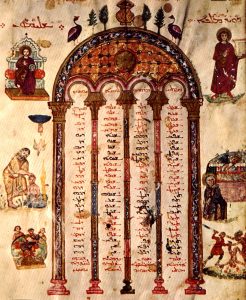 When Christ reaches into your life and your heart, it’s easy to understand the pull to follow him radically the way the first Christians did.  Living the gospel in the first years of the Church meant being counter-cultural, revolutionary.

Ancient Rome is not so dissimilar to mainstream America.  In the midst of the chaos, what is our response as Christians today?  What was it 1900 years ago?  History gives us a glimpse. The epistle to Diognetus from 130 A.D. elaborates:

Christians are indistinguishable from other men either by nationality, language or customs.

They do not inhabit separate cities of their own, or speak a strange dialect, or follow some outlandish way of life.

Unlike some other people, they champion no purely human doctrine.

With regard to dress, food and manner of life in general, they follow the customs of whatever city they happen to be living in, whether it is Greek or foreign.

And yet there is something extraordinary about their lives.

They live in their own countries as though they were only passing through.

They play their full role as citizens, but labor under all the disabilities of foreigners. Any country can be their homeland, but for them their homeland, wherever it may be, is a foreign country.

Like others, they marry and have children, but they do not expose them to die.

They share their meals, but not their marriage beds.

They live in the flesh, but they are not governed by the desires of the flesh.

They pass their days upon earth, but they are citizens of heaven.

Obedient to the laws, they yet live on a level that transcends the law.

Christians love all men, but all men persecute them.

Condemned because they are not understood, they are put to death, but raised to life again.

They live in poverty, but enrich many; they are totally destitute, but possess an abundance of everything.

They suffer dishonor, but that is their glory. They are defamed, but vindicated. A blessing is their answer to abuse, deference their response to insult.

For the good they do they receive the punishment of malefactors, but even then they, rejoice, as though receiving the gift of life.

They are attacked by the Jews, they are persecuted by the Greeks, yet no one can explain the reason for this hatred.

To speak in general terms, we may say that the Christian is to the world what the soul is to the body. 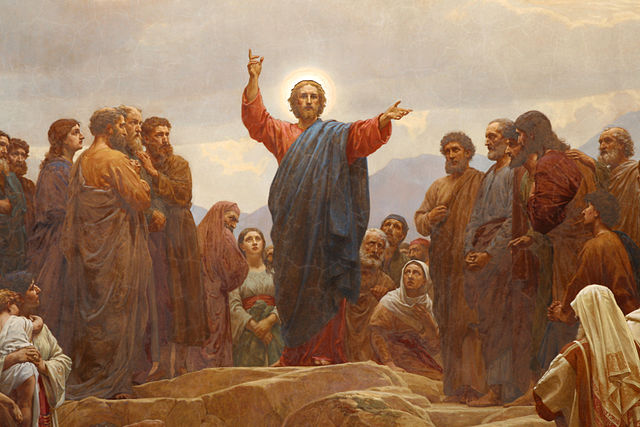 This snapshot of Christians living the Sermon on the Mount 100 years after Jesus gave it is relevant for us today. It also shows how they lived the virtues of poverty, chastity and obedience as a way of becoming more like Christ and being counter-cultural.

Fast-forward to 2016. What seemed ‘edgy’ and ‘controversial’ 10 years ago has now become the mainstream accepted cultural viewpoint. Words like ‘Freedom’ ‘Love’ and ‘Marriage’ have adopted meanings that in some ways are the opposite of their original definition.  What was once ‘counter-cultural’ is mainstream.

This is the same kind of culture the first Christians lived in.

Prophetically, the second Vatican council translated the vows of poverty, chastity and obedience that religious traditionally make into the Christian way of life all lay people are called to, as we follow Christ in the vocation he chose for us.

Lumen Gentium (Light of the World) is a document that came out of Vatican 2 which elaborated what the Holy Spirit was doing in the lives of lay Catholics, and their mission in the world around them.  In LG the evangelical counsels are actually presented in the chapter on “The Universal Call to Holiness”.   That means they even apply to me. And to you.

“….holiness of the Church is unceasingly manifested, and must be manifested, in the fruits of grace which the Spirit produces in the faithful; it is expressed in many ways in individuals, who in their walk of life, tend toward the perfection of charity, thus causing the edification of others; in a very special way this (holiness) appears in the practice of the counsels, customarily called “evangelical.” This practice of the counsels, under the impulsion of the Holy Spirit, undertaken by many Christians, either privately or in a Church-approved condition or state of life, gives and must give in the world an outstanding witness and example of this same holiness.

All the faithful are invited and obliged to try to achieve holiness and the perfection of their own state of life” (LG 39-42).

So what does this radical lifestyle look like for us today? 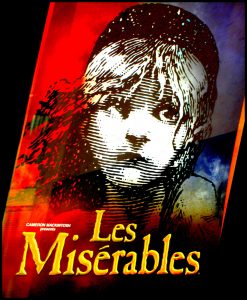 For us, our Jean Valjean moment might be digging deep to give to the building fund at the parish, generously assisting with the needs of a neighbor or family member for a meal, the financial contribution necessary for works of evangelization and support of consecrated and religious. It might also be giving up our one free half-hour in a day to play legos with a child, or to spend time with a friend who needs us to listen to them instead of wrapping ourselves up in other tasks.  It means whatever I have is at God’s disposal.  Radical, eh?

ps… if you have not read Les Miserables, read it. I promise you won’t regret it. I like this translation: https://www.amazon.com/gp/product/B00GL3RMGU/ref=oh_aui_d_detailpage_o00_?ie=UTF8&psc=1

“leads him who practices it to become a witness to his neighbor of God’s fidelity and loving kindness.  The virtue of chastity blossoms in friendship. It shows the disciple how to follow and imitate him who has chosen us as his friends, who has given himself totally to us and allows us to participate in his divine estate. Chastity is a promise of immortality”

All Christ’s faithful are called to lead a chaste life in keeping with their particular states of life. At the moment of his Baptism, the Christian is pledged to lead his affective life in chastity.

“People should cultivate [chastity] in the way that is suited to their state of life. Some profess virginity or consecrated celibacy which enables them to give themselves to God alone with an undivided heart in a remarkable manner. Others live in the way prescribed for all by the moral law, whether they are married or single.”136 Married people are called to live conjugal chastity; others practice chastity in continence:

There are three forms of the virtue of chastity: the first is that of spouses, the second that of widows, and the third that of virgins. We do not praise any one of them to the exclusion of the others. . . . This is what makes for the richness of the discipline of the Church.137

So chastity for me is living a rich and holy married life, which of course implies fidelity to my spouse, but also the true reverence of the other person and the holiness of who they are, including their body.  It means keeping our relationship free from lust and objectification and living our physical relationship as a true gift of self and love.  Chastity also gives a richness and depth to living respectful friendships with others, and a family life that teaches what true love is.  Chastity is about the proper ordering of sexuality, but it’s more than that- it’s deepening and making holy the way we love and relate to others, no matter who they are.

25 Husbands, love your wives, just as Christ loved the church and gave himself up for her

Pope Saint John Paul II reflects on this text from Paul to the Ephesians:

“While the analogy used in Ephesians clarifies the mystery of the relationship between Christ and the Church, at the same time, it reveals the essential truth about marriage, namely, that marriage corresponds to the vocation of Christians only when it mirrors the love that Christ, the Bridegroom, gives to the Church, his Bride, and which the Church (in likeness to the wife who is “subject,” and thus completely given) seeks to give back to Christ in return discovers in the letter to the Ephesians what may be called a “fear of Christ,” a “pietas,” or a “reverence for holiness, for the sacrum” with which the spouses revere Jesus. Their shared reverence for Christ must overflow into mutual reverence (of a different kind) for one another… Husband and wife are, in fact, ‘subject to one another,’ mutually subordinated to one another. The source of this reciprocal submission lies in Christian reverence for holiness, and its expression is love.”(Theology of the Body 89)

So the ‘obedience’ a lay Catholic is called to is more and deeper than just obedience to a spouse. It’s obedience to Christ, together, to his will for them as individuals and as a married couple, as he reveals it.  It means living the Gospel and the teachings of the Church with integrity. It especially means obeying the ‘greatest commandments’

Since we are ‘universally called to holiness’, the moral compass offered by the evangelical virtues is a beautiful challenge to live love in a radical way. Whether as a priest, religious, consecrated, or as a mom on the soccer field or a dad in business.  Always trying a bit harder, doing a bit better, loving a bit more, every day.  Holiness is meant for everyone and everywhere, even in 2016.