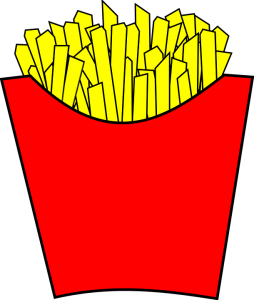 The Catholic Church has faced many crises over the centuries.

Through these and many other challenges, the Church has persevered.  The faithful have retained faith.  Flawed humans have preserved the Church that Christ founded.

But now the Church faces a challenge like none before.  It strikes at the very heart not only of the Church, but the culture of Rome, the character of Italy.

This is no vicious rumor nor false news report.  It is true.  McDonald’s is opening a restaurant within sight of St Peter’s Square.  Of perhaps better put, you will be able to stand in the square and gaze upon the golden arches.

I’m sure clever promotors and photographers will soon be posting pictures of the golden arches with the Cathedral dome in the background.  I can envision the images on postcards and t-shirts.  Many people will chuckle.

But some folks are upset.  It seems some Cardinals live in the building that will house McDonald’s.  They likely fear the pervasive scent of French fries wafting upward while they are trying to enjoy a plate of pasta.  Perhaps the thought of living in the same building as an American icon dampens their appetites.

McDonald’s symbolizes fast, easy, uncomplicated, cheap and, well, American.  A case could be made that the Vatican pretty much embodies the complete opposite.  Of course, the Vatican is a holy place, which isn’t something you can say about McDonald’s.

McDonald’s is popular, even in Rome, where there are nearly 300 of their restaurants.  Some of them are in really famous places and serve tourists from all over the world.  I’m guessing that Italians eat there in droves, but I doubt many would admit it.  Italians are a bit snooty about food and McDonald’s isn’t snooty.

If you are going to Rome and hope to bump into a real, live Cardinal, don’t hang out at McDonald’s.  Go to a local restaurant with high prices and slow service.

If you are in Rome and want a decent bag of fries, McDonald’s is your best bet.  Please don’t leave the empty bag in the square.