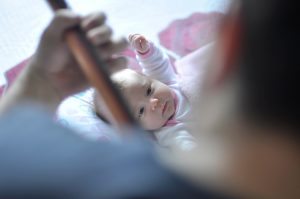 Remember the Kennedy-Nixon debate?  It was the first on television and, naturally, the first I watched.  You were pretty old then; I believe it was the first and last televised debate you witnessed before going to you final reward.

If you listen to the audio, Nixon won with greater substance and more mature judgement.

If you watch the video, Kennedy won.  He looked “presidential” and Nixon looked, well, shifty and nervous.

Kennedy won that election, Chicago ballot box stuffing aside.  He likely won because he looked better on television.

A few days ago, I watched the Clinton-Trump debate.  Listen to the audio and they both sound like squabbling kids.  Watch the video and they both look shifty.

But what was most astonishing was that on national television, in front of millions of people, two people running for President actually debated the “appropriateness” of partial birth abortion.

Grampa, I doubt you ever heard of partial birth abortion when you were walking the earth.  Oh, I’m sure you knew what an abortion was and believed it was an act of unspeakable evil that compounded the sin of pre-marital sex.  Of course, pre-marital sex isn’t much of an issue these days; seems like most folks think it is just the way of the world.

We call it normal, which you and I know doesn’t make it right.

But back to the latest debate and partial birth abortion.

Clinton claimed it is a woman’s right to abortion, even partial birth abortion.  She said it was a difficult situation that only the mother should make.

Trump pointed out the reality of the process: a late-term baby pulled partly from the womb and killed.  If this were happening in a pork-processing plant there would be animal-rights protestors protesting.

The pro-abortion people claim that women need this option.  They cite the tragic cases where a mother’s life is threated by giving birth.  They don’t mention that killing the baby most certainly results in the baby’s death.

I’m personally (and publically) opposed to all abortions.  I know that there are tragic situations in which abortion seems like the only (or at least the most convenient) way out.

The pro-abortion argument often raises this tiny percent of medically “necessary” abortions as justification for all abortions.  The argument is that if we ban abortion we’ll put millions of women’s lives at risk.

In fact, we’ll put a very small number of women in the difficult situation of risking their lives to give birth to a child.  That is a decision some women have made, perhaps forgoing chemo for cancer to protect the health of their unborn child.

The mother in such circumstances must be brave and overcome her own fear.  But her courageous act of motherhood has more nobility than killing babies.  And is the decision to risk one’s own life to protect one’s child really so difficult?

By the way, Grandpa, as I’m sure you know, neither Kennedy nor Nixon turned out to be saints.  But neither would have ever uttered the words “partial birth abortion” on television.