What is a Catholic to do? 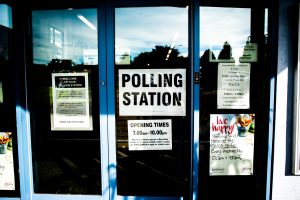 I’m one of the 100 million or so Americans who watched the presidential debate last night.

Like other students of history, I had no illusion that I was watching the Lincoln-Douglas debates.  It was more like two kids on a playground dissing each other’s family backgrounds.

But in a little more than a month, I will cast a vote for President and I hope you will as well.  It is vital to cast a vote for someone who has a chance to win and best reflects Catholic values.

In saying this, I am fully aware that neither candidate is in any way or manner a paragon of Catholic values.  But we have a responsibility to vote for the one who is closest, or perhaps in this case, is the least objectionable.

Staying home or writing in Bishop Sheen is a cop out – a sin of omission in my book.  You have to take a viable stand.

Don’t worry; I’m not going to attempt to tell you the particular person to vote for.  However, here are some questions to ask yourself before voting; some require doing a little homework.

I believe these are the important questions.  They merit prayerful, thoughtful consideration.

We are looking at two major candidates with many human flaws.  But don’t let that distract from the fact that they have exceedingly different views of the world and would take us in very different directions.

Catholic will decide the winner of this election.  How we decide may determine whether we can continue to be free to practice our faith.

3 Responses to What is a Catholic to do?