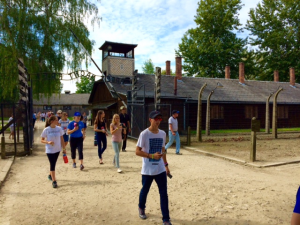 Our pilgrimage group visited Auschwitz late last month. Seeing the gas chambers with our own eyes brought home the horrendous reality of history.

We asked ourselves, “How could a person become able to inflict such suffering and death on another?”

Another question followed, “How was Maximilian Kolbe able to offer his life for a complete stranger?”

The answer is that both heinous crimes and heroic virtues are born in the heart.

Today, let us consecrate our heart to Jesus through his Immaculate Mother Mary.