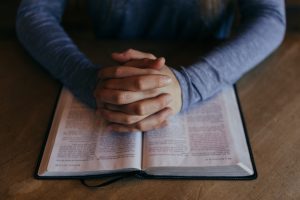 We had the realization all at once.

Out of the 9 people in the room, there were 6 countries represented: United States, Mexico, Spain, Hungary, France, and El Salvador.

Each week for our Encounter with Christ, during our final vows course in Rome, we would grab our bibles and randomly break into groups for a time of community prayer and enrichment. That week, after a particularly intense and deep moment of sharing, it suddenly hit us all how amazing it was to think we were all together, in the same room and experiencing an interior spiritual resonance, when we had hardly known each more than a month.

Sure, we were all consecrated women, but other than the three Americans I had come with and three others who had spent formation time in the United States, they were all new people.

And yet, if anyone were to enter the room, they would never have known that.

The charism is alive. It’s in our hearts.

What a gift to experience that communion.