Led by the Holy Spirit 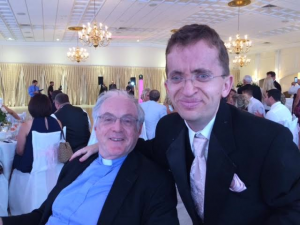 “[Renounce] the attempt to plan and control everything to the last detail, and instead [let the Holy Spirit] enlighten, guide and direct us, leading us wherever he wills.” – Pope Francis

Fr. Ron May, pastor of St. Dominic’s in Southington, has taught me the importance of never stifling the work of the Holy Spirit. His parish is alive with families and many men engaged in lay ministries. No wonder he was named pastor of the year for the Archdiocese of Hartford.

Today allow the Holy Spirit to change some of your plans!