So Pilate said to him, “Then you are a king?”

Jesus answered, “You say I am a king.  For this I was born and for this I came into the world, to testify to the truth.  Everyone who belongs to the truth listens to my voice.”

Pilate said to him, “What is truth?” 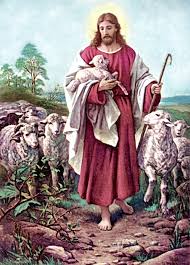 One of my favorite hymns is “The King of Love my Shepherd is…”  Maybe I am so fond of it because there were many years when the King of Love, of Peace and of Truth was hidden from me.  It was not He that hid from me.  He would have been so happy had I not hid from Him.  Ever willing to reconcile with us sinners, the King of Love came powerfully into my heart during my first Confession at the age of 33, as I attended the parish RCIA program early each Sunday for what was an intensive, inspiring year in 1999-2000.

I think that makes me a sort of teenager Catholic—sweet 16?  I remember telling lots of folks that I was “reading my way to the Faith.”  I read a lot in those days.  I still do.

In college and graduate school, I had read my way to a cloudy worldview.  The Lord in His Mercy was to undo all that.  What a marvel that Jesus befriends us.  In my case, He drew me back to Truth through the Sacraments, through believing friends and through Sacred Scripture.  Down the line in our life as a young family, our pastor would ask my husband and me to participate in a parish renewal program called “Christ Renews His Parish.”  Through “Chirp,” as it was affectionately called, the King of Love continued to speak to my mind and to my heart.

During the early years of marriage and beginning our family of five, I experienced the blessing of a sort of hiatus from the hard and fast drinking days of college and graduate school.  My husband and I met, when I was 7 and he was 10, on swim team; we swimmers know how to take care of our bodies, at least in theory.  On top of that, I had been a distance swimmer competing in the 500 meter freestyle, a long race of 10 or 20 laps depending on the size of the pool.  So, I entered marriage and family life with an athlete’s sensibility and an awakening sense that God was behind all the good things that were happening to me, to my husband and to our friends. 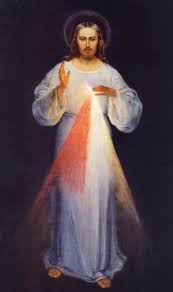 The word Grace was there like a vocabulary word from a foreign language that both interested and rattled me.  The devil and his awful ways were doctrinally and pastorally down the road a ways.  This was good in the early days as I needed God’s abiding Word to touch, hug –unto enveloping me—so that later I could renounce and dig and heal more deeply.

The early days were simple and practical: I told the truth about my sins in the Confessional yet continued to binge drink on occasion.  Would I ever really lift up the hands of my heart and hug the neck of a Savior who had been reaching out His Hands to me for so long?

Like so many such tales, it was a “both…and,” meaning I was going back and forth, pleading for sobriety of mind but the flesh wanted to indulge in big glasses of wine and occasional nights at the bar exploring micro-brewed beers on tap.  While at parties and outings, my husband could be moderate, and he had given me the nickname, “Just One More.”  Like Jesus, he was patient and interceded to our Heavenly Father knowing our growing faith was powerful.

Pregnancy brought sobriety of body but sobriety of mind and spirit was gradual, as I took toddler steps of faith and prayer.  The sobriety of body was born from an adherence to biological truths, to wanting to be healthier, to having healthy babies.  So often, the little “t” truths are the means for bringing a person to the Light of Christ in His fullness. 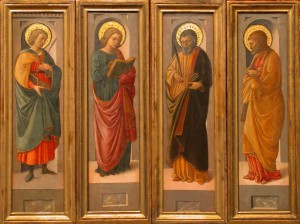 The Truth of God’s Mercy was coming into view, but it was like I kept losing or breaking my glasses.  My mind and heart were often at odds.  Like Pilate, I saw the other-worldly nobility of Christ and wanted him to be a bigger part of my life.  Also like Pilate, my life choices were causing Him pain and suffering as it was me.  He is compassionate; He suffers with us every step of the way.  His followers so often do the same.  This means everything to the person struggling.

“Books are friends,” I often said and still say.  God likes to wake us up by placing a book in our hands that will clear our minds and open our hearts.  Satan has a plan too.  There truly is a war of words going on in the world, one side builds while the other destroys.  St. Augustine’s City of God was shining just beyond me as a string of passionate Irish pastors came to our parish preaching and living Christ’s Truth.  Though not committed to alcoholic recovery yet, I was a recovering “literary- Marxist, feminist,” (both hard to say and hard to be, let me tell you…) so when I heard a priest who loved literature as much as I did interweaving the novels of Toni Morrison with the power of the Gospel, I glanced at my husband sitting next to me in the pew and silently and peacefully thought how I felt like I was really home.  The idea of home was changing for me. 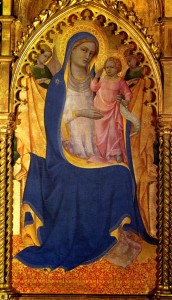 I bought Butler’s Lives of the Saints and put it by my bedside.  It was like I was parched in spirit.  I was drinking in the stories of the saints.  Though I had two university degrees in literary fiction, I read nonfiction like never before: church history and the lives of the saints and spiritual books by saints for many, many months.  I taught CCD and followed the daily readings at Mass or at home.  Oh, and yes I read the Catechism , beginning with the end, as I have a habit of doing…which, providentially for me and where I was, part four is all about prayer.

The months turned to years: years of faith that turned my mind toward God’s everlasting City and toward my husband, family and friends in a truly new way.

Mother Church, like our Lady, Seat of Wisdom sits patiently waiting for her children to come and crawl onto her lap to be loved and taught aright.

All thanks and praise be to God!  Our Lady, Seat of Wisdom, pray for us!