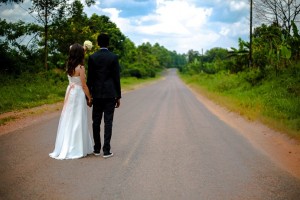 Sometimes, when talking about celibacy, religious and seminarians are asked, “So, you don’t want to get married?”

I must admit, I find that a strange question. No one assumes that when a man chooses to marry a woman, he is ipso facto not attracted to other beautiful women. How bizarre would that be! Marriage is not a rejection of beautiful women – a rather depressing way of looking at falling in love; on the contrary, marriage is the choosing of one woman to give yourself to faithfully.

But if celibacy is a true marriage, then who are they married to? In the book of Revelation, at the eternal banquet in Heaven sits the spouse of the celibate: the Lamb of God, Jesus Christ. Of course, the celibate cannot physically embrace his bride, the Mystical Body of Christ (aka the Church), in this life, which is why living celibacy – or even understanding celibacy – is impossible without faith, which sees past the immediate into eternity. As Pope Francis is calling consecrated men and women to be prophets, let those who are consecrated point to the life in Heaven to come; and let those who are not consecrated see celibacy as a reminder that Heaven and the marriage with the Lamb await us after our pilgrimage on Earth.

Br Joseph grew up in a big family from New Orleans, LA and was brought up in the Catholic faith. He joined Regnum Christi in high school and wanted to study civil engineering after graduating. After studying three years of engineering at LSU, he realized that God was calling him to be a priest, so he decided to join the novitiate of the Legionaries of Christ in Cheshire, CT. Two years later, he professed his vows. Currently, he is in his second year of humanities studies and is looking forward to heading to Rome this summer to begin studying philosophy.
View all posts by Br Joseph Ory LC →
This entry was posted in RC Live. Bookmark the permalink.