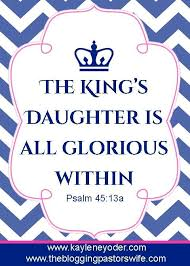 Having been the guest at the table of hundreds of family dinners, I have generally observed that the eyes of a mom tend to be analytical and critical of their daughters behavior, and more admiring of their sons.  As a spiritual director for women over the years, the greatest struggle most women face is precisely their relationship with their teen-age or college aged daughters…causing some to break down in tears in my office.

A middle aged women recently described how she sees her two daughters (High School and College) in these terms:  “Fr. Michael, I guess I want to help them turn out to be like me.  Having been in their shoes as a girl and young adult, I understand them better than my boys, and I know which behaviors/attitudes will affect them down the road, so I am more proactive as a result.  It’s just the way I am wired…but I acknowledge that I do need to accept, accompany, and love them more as they get older and try not to ‘manage’ them so much.”

Dads with daughters, I recommend the book, ‘Strong Fathers, Strong Daughters” by Dr. Meg Meeker.  A girl’s identity often comes from that which her dad imposes on her, and even her image of God the Father is affected by how she is treated by her dad in her younger years.  So many women do not feel that God the Father loves them unconditionally or that he could ever forgive them, simply because they never experienced this type of love from their dad.  I know a young professional woman who works here in New York City, who receives a loving text message every day from her dad; she shared this one with me with tears of gratitude in her eyes, “When I woke up this morning, my first thought was to thank God for giving me such a beautiful and virtuous daughter. I hope you have a blessed day!”

A dad from the DC area described a beautiful “best practice” by sharing this example:  “Every night, I kneel down to pray with my 10 year old daughter and then I tuck her into bed. I shut off the lights, sit in a chair in the room and ask; ‘Is there anything you would like to discuss today’. That particular day, she had gotten into a fight with her best friend and they were not talking to each other.  I tried to listen to her explanation and then I recommended that she apologize to her friend the next day at school.  Fr. Michael, she gave me such a big hug that next evening!  She apologized to her friend and now they were best friends again…she was so grateful that I listened and gently nudged her towards forgiveness.”

Moms certainly have a major role in inspiring their daughters mainly through their own example and prayers, and dads through their warm presence and gentle accompaniment, creating an opportunity for them to open up.  Allow God the Father to unconditionally love your daughters (and sons) through you!