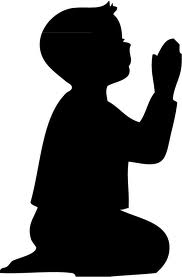 Please don’t tell my son that I wrote this.  Since he is 12 (he will be 13 in a few months) and it is very unlikely he will read this blog, he won’t know I wrote it unless you tell him.  (He can read it when he’s older…)

Right now, understandably, he is a little embarrassed to have anything to do with his mother, unless he wants me to say prayers with him before he goes to bed.  (He still wants me to do that sometimes…)

When he recently agreed to let me be his friend on Facebook, I “liked” one of his pictures, and needless to say, I will never do that again.  From the reaction of my son, and from his sisters as well, you would think I had pasted “I love you” stickers all over his school locker.  (For my sake, don’t share this blog on Facebook.  Remember, he might see it…)

I remember just the other day my son and I were both watching my daughter’s basketball game.  It was an early afternoon away game, and she plays for the junior varsity, so there were few of us in the stands.  Every time I would talk to other parents (I have a loud voice) or shout after a good play, he would look over at me with an annoyed expression and say “SHHHHH!”

I don’t really mind, too much.  I know it’s just his age.

The reason I am telling you all this is because I want to share a letter with you, written by Cardinal Mauro Piacenza, Prefect for the Congregation for the Clergy.  He writes about the importance of mothers to the vocations of their sons who have become priests.  Apparently, the influence of a mother on her son’s vocation is quite significant.  Below is a snippet:

…The participation given to mothers of priests is quite unique and special. For unique and special are the spiritual consolations which they derive from having carried in the womb one who has become Christ’s minister. Indeed, every mother cannot but rejoice in seeing the life of her son not only fulfilled but also clothed with a most exceptional divine favor which embraces and transforms it for all eternity.

Before I ever got married and had children, I had hoped I might have a son who became a priest.  (I know this is not my decision to make, but you can’t blame a girl for dreaming.)

After my husband and I married on June 5, 1993, we conceived our first child six months later.  My husband was adamant we not find out what sex this child was during the ultrasound, so reluctantly, I agreed.  We had decided on two names – Sarah and Luke.   I love Biblical names, and Luke is my favorite of the Gospel evangelists.  (Please note that my absolute favorite gospel passage from Luke is the Visitation of Mary to her cousin, Elizabeth, when she praised God through her wonderful Magnificat.) 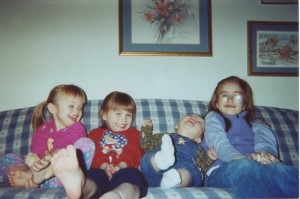 On August 11, 1994, Sarah was born.   (To be honest, after a difficult labor, I was exhausted, and the last thing I cared about after seeing my beautiful baby were those words, “It’s a girl.”  Afterwards, I convinced my husband to let me find out the sex of our future children at the ultrasound, and not wait until after the birth…)

On April 14, 1996, Megan was born to us, and then on August 27, 1997 (the day after my 35th birthday) Rebecca came along. (I had put the name Luke on the backburner.)  I got pregnant the fourth time in the fall of 1999, and I remember sometime during those years praying that if God did happen to want a priest from our family, he would have to give us a boy.  By now my husband and I thought it was unlikely that would happen.  And I wasn’t getting any younger…

When I went to my ultrasound this time, my husband didn’t even come with me.   He wanted a boy in the worst way, and I guess he was tired of being disappointed.  When the technician cried out during the exam, I cringed and wondered, “Is the baby missing a limb or something?”

“What’s wrong,” I asked.  “It’s a boy!” she said, showing me the evidence (quite clearly, I might add) that there was indeed a little male growing inside me this time.

I went into Church on a Sunday before Luke was born and mentally told God this one was his.  I know all my children are God’s, but this was the first boy and I remember from my favorite Gospel how Mary and Joseph took Jesus to the temple because, “Every male that opens the womb shall be consecrated to the Lord.” (Luke 2:23)

I had also read somewhere that if you want a vocation in your family, you should give your children to Mary.  So I made a bargain with our Blessed Mother.  Luke was due to be born on June 15, in the year of the new millennium, 2000.  So I told Mary that, if she wanted him to be a priest, she should ask God for Luke to be born in her month of May.

There are lots of other things that have happened throughout my son’s life to give me hope that he might have a calling to that very special vocation of the priesthood.  Time will tell.  I will ponder those words from the Cardinal’s letter.  And as Luke’s mom, with Mary’s help, I will try my best to positively influence my son however I can.

Where all my children are concerned, I pray that God’s will may be done.