Lessons from the Orchid 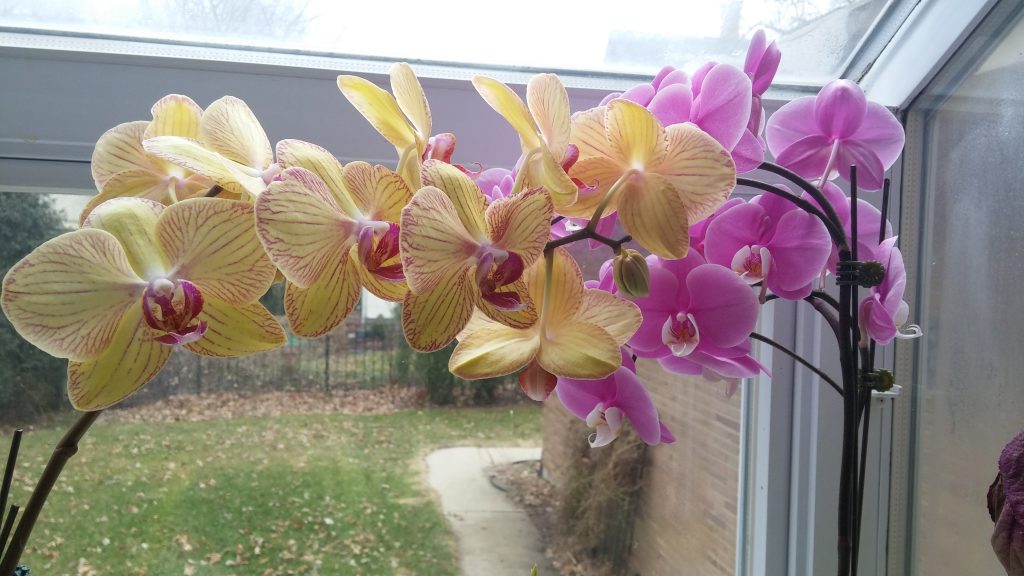 I have to start with a complex disclaimer.  I’m not a gardener, nor a flower person, and as for growing things, well, I do not have a green thumb. Orchids always have scared me.

My wife is better at growing things than I am, but that is faint praise. We have been known to kill off darn near any plant that lives in the house.

About a year ago, we decided to go to an open house at a local greenhouse: Hausermann’s. Actually, it would be more accurate to say it is a huge orchid operation that just happens to be based near us and has acres of greenhouses filled with thousands of orchids.

No, it isn’t the sort of place I would typically choose to spend a Sunday afternoon.  But I found myself rather intrigued by the beauty of the flowers.

Of course, the day was rather special apart from the orchids, as my daughter and her husband announced they were expecting.  And though we didn’t know it at the time, it would be twins – our first grandchildren.

We were so enthralled with the orchids that we bought one.  It is just small and inexpensive orchid.  I had always believed (probably something my mother told me) that orchids are really expensive, impossible to care for, and something only an expert should mess with.

But the Hausermann folks told us to just water it once a week.  The blooms would die after a few weeks, but just keep watering, give it a little fertilizer and it would eventually get new flowers.

They were right. In fact, taking care of the orchid turned out to be really simple. It was so simple that we were to the open house again this year and brought home another one of a different color.

This year’s visit to the orchidtorium was special, again, because my daughter and husband announced they are expecting again – just one this time.  They already have a busy household with the twins and it will get busier in October.

Obviously, the next time we go to Hausermann’s, I’ll be expecting something important to be announced. But I think the orchids already have taught me something, something I already knew but sometimes forget.

Most of us make things more complicated than they need to be. That leads to lost time, energy, and resources – and creates failure.

My natural instincts would be to fuss with the orchids all the time.  Trim the leaves. Cut the stems. Repot frequently.  Water daily and pour on all sorts of fertilizer.

My complicated approach would produce a dead orchid.  But keep it simple and apply water and a little fertilizer and you get a beautiful plant.

I’m thinking a simple approach might work best in the other areas of my life. No, I don’t mean applying water and fertilizer, but maybe just a couple simple ingredients: love and patience.