They really were the good old days 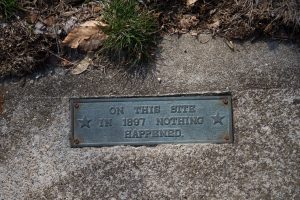 Sunday’s were different when I was a kid.

We went to church, took a walk and played in the yard, maybe watched a baseball game on TV, and had a big “Sunday Dinner.” In those days, mom didn’t worry about how fattening the roast was – and she put real butter on the mashed potatoes and ice cream on the pecan pie.

This wasn’t centuries ago, although I admit it was decades ago.  Sundays were relatively quiet and peaceful. I think that is because the only store that was open in our neighborhood was Jimmy’s Pharmacy – and it closed at noon after everyone had filled their prescriptions, purchased a paper and perhaps bought a bag of roasted nuts from the rotating display by the cash register.

We lived in the Clintonville area of Columbus, Ohio. Compared to New York or Chicago, it was a small town.  But Columbus is the state capital and home of Ohio State University and had about half a million people, so it got a pretty big dot on most maps. 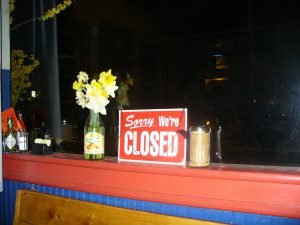 But I’m wandering away from what I really intend to say, which is to congratulate the people of Poland and their elected politicians for enacting a law that closes most stores on Sunday. Poland, a rather Catholic place, has decided that there is something to be said for having a weekly day of rest from “normal” commercial activity. (You will find some justification for this thinking in the Bible, specifically number three of the 10 commandments – look it up.)

Other countries also tone down commercial activity on Sunday: Germany, Austria, Norway, and Switzerland. Those are countries most folks would call modern and civilized (mostly).

Of course, some people argue that being closed on Sunday would hurt businesses.  Some of the “big box” stores are open 24 hours a day, seven days a week.  They would lose sales.  And what if someone needs a pair of shoes on a Sunday and the mall isn’t opened? Do they have to go barefoot and end up with cut and bleeding feet? 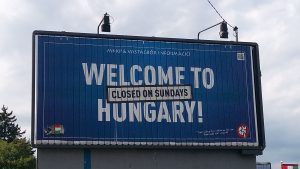 I’ve never understood those concerns.  Let’s say I buy six pairs of shoes a year.  If the malls are closed on Sunday, will I only buy five pairs?  Will people who shop for groceries on Sunday be forced to starve their families if Piggly Wiggly isn’t open Sunday morning?  I doubt it. But you might have to put a string on your finger to remind you to get your groceries before the store closes Saturday night.

A few years ago, Illinois (where I live these days) passed a law requiring all car dealers to close on Sunday.  The car dealers asked for the law, not because they all had a sudden religious conversion, but because they all wanted a day off without having to worry that their competition didn’t rest.  Somehow, Illinois residents have continued to purchase cars and clog the highways.

And I suppose it is important to point out that there are extremely successful companies (Chick-fil-A and Hobby Lobby) that close on Sunday for religious and common sense reasons (give the employees a day of rest with their families).

But then there is the whole cultural-religious concern.  If you close businesses on Sunday, aren’t you imposing the Christian faith on society? Well…here is the politically incorrect fact – the founders of the US of A assumed it would be a Christian nation, and that isn’t such a bad thing.  In a Christian nation, other religions are given freedom and respect.

And even pagans need a day of rest.