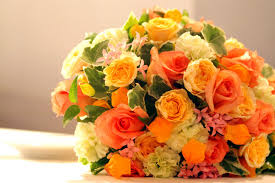 The law of love unwritten. It’s not the arithmetical sum of specifically prescribed actions and no more. Just like there is no written law of how to be a good husband. There’s no good Husband’s Handbook that says how often he should buy his wife flowers. But there is an unwritten law of love that urges him to show his love by buying her flowers occasionally and not always opt for the pre-made bouquets from the clearance aisle.

We like written laws because they tell us how far we must go. We fulfill them and that’s the end of it. Clear conscience, no guilt. Done deal. Unwritten laws have no ceiling limit, and that’s uncomfortable.

Holiness is about most, not must. If we are concerned with only what we must do, we are asking the wrong question. We want to get away with being as little inconvenienced by the relationship as possible. Living the law like this kills; it’s not the way a son relates to his dad. A free and fulfilled life is in seeking what will most bring us to the Father’s embrace, not the minimum we must do to stay within his reach.

So be careful if you find yourself asking what you must do. Capping off at legalism is not a grateful response to a Father who has been too good to us. That’s like a husband losing sleep over how often he must buy flowers to stay out of trouble. It’s not love, and it’s not holiness.

There are many days when we won’t “buy flowers”, and there are many flowers we won’t buy when we do, but if we seek what will most show our love, this is no longer a problem. God sees the gifts we give, not the innumerable options we don’t.