Why Do We Have Traditions? 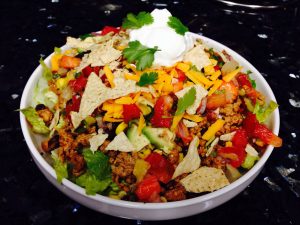 Another tradition in my family is that mom and dad would go out on a date in Late November, and the kids would decorate while they were gone. I know how this tradition started. The first time was really me and my sister’s idea. Mom didn’t want to put up decorations quite yet but didn’t tell us not to so as we babysat our younger two siblings, we thought it would be fun for the four of us to decorate the house, so we did. At first, mom was a mix of surprised and annoyed, but then she realized we did an OK job so just left things as they were rather than make extra work for herself. The next year we did it without permission again, and after that it became a tradition. Even now, my sisters sneak into mom and dad’s house when they’re out and decorate for Christmas (I live too far away to participate).

You might say this tradition shows the sense of family charity in my family and a sense doing something kind even in disobedience. But, really, it doesn’t have too much meaning in itself.

Recently I was reminded of a book I read a decade ago on this topic and it shed some light on such traditions, even though I’d missed it when I read it before. Josef Pieper’s Leisure: The Basis of Culture talks about the distinction between leisure and the workaday world. His definition of leisure is far deeper than our usual definition of relaxation. Leisure is something where we let go and let ourselves be caught up in the event; it is actions or symbols that we imbue with specific deep meaning, and it is the basis for cultural symbols.

The deepest form of leisure for Peiper is worship. He writes, “Culture depends for its very existence of leisure, and leisure, in its turn, is not possible unless it has a durable and consequently living link with cultus, with divine worship.” Worship has symbols that are given meaning by the act of worship. There is nothing inherently meaningful about mixing wine and water, but in the Mass, we see that this act represents the union of Jesus’ human and divine natures.

Although the highest form of leisure is our relationship with God, the next highest is our family relationship. The commandments link the three about God with the six about everyone by one about the family.

A distinguishing factor of true leisure is that it is not something for the purpose of something else, but is something with its end in itself. A family may have the practice of organizing chores so the house is clean, but that isn’t really a family tradition. A family tradition seems to need to be done for its own sake, for the family itself, or for God.

I still have no idea why we ate taco salad in the living room on New Year’s Eve but it was a special time to be together as a family. It took us out of our every day of working and studying to just be together and talk about what mattered.

Family traditions are great because they unite you, they create a kind of family culture and they give meaning to what may otherwise lack it. The meaning of traditions goes far deeper than we’d first expect.

If my mom or my oldest sister reads this, I’ll probably be told the origin of eating taco salad every New Year’s Eve. But whether they read it or not, I’ll know we had great family time on New Year’s Eve.