The most awful, disgusting, ignorant, repulsive pro-abortion justification ever 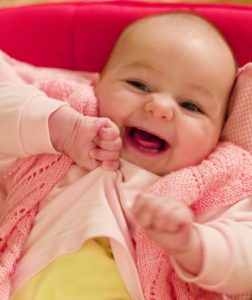 I suppose the headline above gives a hint of my feelings on the topic for discussion in this little blog.  I’m in good company, because Bishop Robert Barron Tweeted this reaction:

That is perhaps the stupidest argument ever made in the public forum. That this lady is a professor of anything is an indictment of our entire educational establishment.

“That” was an appearance on “Philosophy Time” by Liz Harman, a professor at Princeton University.  If you aren’t a regular viewer of Philosophy Time (I wasn’t and likely won’t be), it is a short YouTube program hosted by actor James Franco and his friend, Eliot.

I’m not sure what qualifies as “going viral” on YouTube, but nearly 700,000 people have viewed this particular video.  That is a large number of people who will never get back the five minutes spent on this program.

I don’t normally go on a rant about another person, so let me make it clear that I’m attacking Professor Harman’s ideas, not her as a human being.  Perhaps she is kind to others, takes in stray cats and donates to the Salvation Army.

But in five minutes she unfolds, as I mentioned earlier, the most awful, disgusting, ignorant, repulsive pro-abortion justification ever.  I’m not sure I can recount it with the emotion it merits, but it involves something called the Actual Future Principle.

It is an academic and convoluted version of “don’t bring a baby that isn’t wanted into the world.”  But it isn’t the video that worries me the most.

No, what worries me is that the moral reasoning expressed in Professor Harman’s philosophy apparently is seen as legitimate by our great universities.  After all, she didn’t dream up her ideas for this interview with James Franco; she presented them in a paper published by Princeton University Press in 1999.  (Frankly, it is a rather pedestrian paper.) In other words, she has been polluting young minds with moral depravation for nearly two decades.

Professor Harman has a bachelor’s degree from Harvard, a doctorate from MIT and has been teaching at Princeton since 2003.  She is a professor of philosophy and human values with specialization in ethics.

I guess Princeton has a different definition of ethics than I have.  They probably wouldn’t want someone like Zeno, Mill, Gandhi or Jesus influencing future generations – not when you have someone who can explain that if someone is going to be aborted they cease to have “moral status.”  Why, letting students read those old philosophers might lead to them wanting to know right from wrong.

One Response to The most awful, disgusting, ignorant, repulsive pro-abortion justification ever