Why can’t women lead the Catholic Church as priests 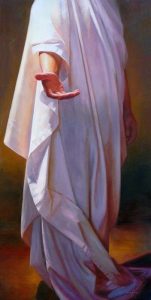 When our ancestors first inhabited the earth, the definitions of feminism and Marxism were unknown. As centuries passed, we can tell by the history of human evolution that this changed. Women were considered imperfect and weak creatures for a long time, underestimating what women are capable of. Even when Christ came to the world 2000 years ago, the discrimination that women suffered was extremely concerning. Women were often treated as property; they were viewed as inferior to men. As He became public and shared His Word, He introduced a revolutionary thought about women. He upheld women’s rights. He proclaimed the equality between men and women before God’s eyes. He gave the woman her dignity back.

To this day, women still have to fight discrimination, but the Catholic Church makes something clear: God loves men and women equally, and they both have an important role in this world. As we read in 1 Cor 11:10-11: “Neither was man created for woman, but woman for man. 10 That is why a woman ought to have a veil on her head, because of the angels, as a signal of authority. 11 Nevertheless, in the Lord woman is not independent of man nor man of woman”.

Priests accomplish a specific function of sacramental service. However, a dominant mundane vision has led today’s society to see the priesthood as a position of power and influence, as some sort of a lucky “manager position’’ in the church. This questioning has brought people to wonder, “If a woman can be a business manager, a president, a doctor, why can’t she be a priest?”

This vision sees the church as a power structure were the ones who can’t have a significant “position” are been oppressed. However, the church is the representation of God, where all of its members are different from one another, performing different functions, but that would be nothing if every member of it had the same functions. They complement each other, sharing the same dignity.

“The teaching appeals to tradition, known, not as an old practice, but as a guarantee of God’s will about the essential constitution of His church”.

For one, it should be noted that Jesus did not ordain any women. He selected all of his apostles, and none were women, and he could’ve chose Mary, Mary Magdalene or Martha. The idea of priestesses was not unknown to him, and If Jesus had wanted women as priestesses, he would have had the ideal candidate in Mary. Here was a woman who could have spoken the words of consecration literally: “This is my body. This is my blood.”

There were other roles that Christ had in mind for women. For example, they played a key role in the spread of the Gospel, being the first to spread the news of the risen Christ.

Two thousand years later, no one (including the pope) has the authority to change the designs of the Church that Christ instituted. Male-only ordination is something that has never changed, nor can it ever be changed. If Peter, who was asked by Jesus to edify His church, did exactly what Jesus told him to, what authority has the church to modify this more than 2000 years later?

Also, there is no evidence in the Bible that says that women can be ordained. A case is established by reasons for, and not by the absence of reasons against. Conclusions can be drawn only from positive reasons that are identifiable. Since there are no positive indications from scripture that women should be ordained, the absence of reasons for women priests is reason enough to question their validity.

As mentioned before, another reason of why women are not meant to be priestesses is because Christ has another mission for them. The best example is Mary. Christ, his son, the son of God, didn’t give her, immaculate, mother of God and first Christian, the priestly ministry; however, no one deserves more acknowledgment that her. This demonstrates that the impediment of the priesthood does not prevent a woman from doing what she needs to do in the church.

Moreover, the fact that Saint Mary didn’t get the mission of being one of the twelve apostles or to become a priestess, clearly proves that the impediment to women to become priestesses doesn’t reflect a reduced dignity nor a discrimination.

The presence and the role of women in life and in the mission of the church, is not in the priesthood, but in helping the renovation of the sensibility of humanity, in order to maintain the real meaning of the Church. The New Testament and the history of the church show the importance of the presence of women in the Church, real disciples and witnesses of Christ in the family, as well as in the total consecration serving God and the gospel.

“The greatest in the Kingdom of Heaven are not the ministers but the saints. The greatest of the creatures in honor and holiness, Mary, had no priestly position.”

Paola Milone, 18, is a Venezuelan currently living in Mexico City. She is studying Industrial Design at Universidad Anáhuac México. RC member. Likely to find her singing 24 hours a day. Discovering God’s will in her life. Gives her best to make it to her favorite moment of the day: The Eucharist. Her goal? Heaven. “How can you not fall in love with Love itself?”
View all posts by Paola Milone →
This entry was posted in RC Live. Bookmark the permalink.