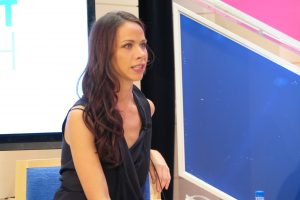 Among the many emails I receive each day is a news digest from lifenews.com.  I don’t read all the articles, but skim the headlines and click on the ones that pique my interest.

A couple days ago, each of the first two articles involved an attractive young women commenting on issues of life.  The headlines suggested their views were miles apart, and the proximity of the two stories enhanced what, to me, was considerable irony.

Woman number one, Barbara Pierce Bush, is the daughter of former President George W. Bush and granddaughter of former President George H. W. Bush.  While I’m sure being a first daughter has its downsides, anyone who spends many of her formative years living in the White House has to have lived a rather charmed life.  Having Secret Service protection, servants, a limousine and a seat on Air Force One would be a real kick.  She attended Yale and has been involved in various charitable efforts. 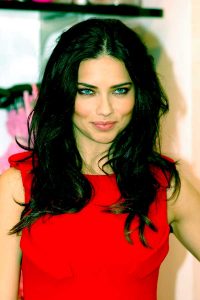 Woman number two, Adriana Lima, is among the highest-paid supermodels in the world.  She is one of the stars of the Victoria’s Secret promotions, which involves lots of running about in fancy underwear.  She is Brazilian, married a Serbian basketball star, had a couple kids, then got divorced.

As I said, one of the women is pro-life – the other pro-abortion.  But you might not immediately guess which is which.

Barbara Bush spoke to Planned Parenthood of Greater Texas last week.  She has been an advocate for abortion and same-sex marriage.  She told the Texas group:  “To me, Planned Parenthood is a one-stop shop for everything that has to do with women’s health and all social problems that don’t have to do with women’s health.  I hope you all realize the incredible investment that you’re making for both women and also their kids, their kids’ education and their income level.”

I think you can read between the lines of this rather said quote.

Adriana Lima is openly Roman Catholic and says she remained virgin until her marriage.  She says abortion is a crime, sex is for after marriage and that is something men must respect.  And she says her children inspire her.

I believe a live child is more inspiring than one who has been aborted.

So…we have a pro-life model and a pro-abortion descendent of Presidents.  Common sense and faith can show up where least expected.  And privilege never ensures decency.