Reporter at the limit 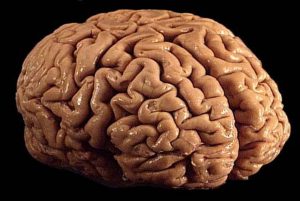 Until a few days ago, I had never heard of a CNN program called “Believer – with Reza Aslan.”  But a headline about the show was so startling that I read the article and did a little research.

I’m not making this up; it is a real show and the “reporter” really ate human brain.  This begs the question of how far a reporter will go for a story, how much must a reporter experience to share with readers or viewers the “truth.”I’m sure it isn’t as far as eating someone’s brain, in this case with an obscure sect of supposed Hindus.  (Hindus have universally condemned the report – except I presume the small group of brain-eaters who Aslan visited.)

I wondered why anyone would pursue such a story, so I visited the program’s website.  And there I found the answer:  “In this new spiritual adventure series, renowned author and religious scholar Reza Aslan immerses himself in the world’s most fascinating faith-based groups to experience life as a true believer.”

Frankly, looking at the stories listed on the site, a better description would be:  “A guy who wrote a controversial book looks for the most obscure, shocking and disgusting sects on earth and hangs out with them doing weird things that will shock you.”

I doubt you need to be a scholar to hang with cannibals.  You really need to have really bad taste and a demagnetized moral compass.  And I can think of only two reasons to do it.

First, you just want to shock everyone and boost ratings for a television show.  I guess promising to dive into bazaar spiritual practices could generate an uptick in ratings.

Second, you subscribe to the journalistic perversion that to really report on a subject, you must immerse yourself in it.  This can be reasonable, as when a reporter spends a day as a substitute teacher to learn what it is like to be in front of 30 teenagers.  But few would suggest that to do a story on drug addiction a reporter should take heroin.  Few would suggest a crime reporter should take up robbery to better understand the criminal mind.

Perhaps Reza Aslan can only learn by doing.  But I think I could learn everything I would ever want to know about cannibalism without being a full participant.

In the case of the show “Believer,” I believe I can learn everything I need to know about the program without actually watching it.  I’d rather watch The Food Network.