The Shallow Psychology and Theology of Christian Music

Ever been driving through an unfamiliar city will or stuck in traffic and just scanned through the radio stations? Somehow, even if there is an identifiable Christian lyrics like “Jesus,” most of us can identify when we’ve gotten to the Christian music station as opposed to the pop or light rock stations. You hear those songs that just lift you up.

As K-Love, the #1 will Christian music station put in their mission statement: “To create compelling media that inspires and encourages you to have a meaningful relationship with Christ.” But the Christian life isn’t all inspiration and giggles. We struggle just like non-Christians do. But how many of the most popular Christian songs talk about real struggles not just vague ones?

Just look at this list of the top 10 Christian hits of 2015. (These may not be the exact top 10 but they’re definitely some of the top hits.) There are really only two plots: either the sense of overcoming a certain vague struggle and being strengthened by God through it; or God is great and close to me and I’m a Christian. All of them include similar terminology, phraseology and even musical chords.

Don’t get me wrong. I enjoy Christian music from time to time but I also realize his limitations. It’s like a variation on the old joke: what do you get when you play a country song backwards? You get your wife back, your truck back, your dog back and your house back. When you play “Christian” music, you feel happy, uplifted and giggly. I think you enjoy contemporary Christian music so long as you realize that in general they only display part of the Christian life and not the whole of the Christian life. I admit there are exceptions but am talking about the general attitude in Christian music and the most popular songs. Let’s examine the two ways it is shallow. 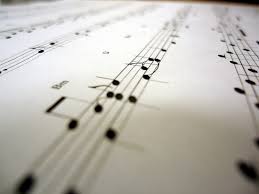 Can you name a single Christian song that deals with any of those emotionally challenging issues? Off the top of my head, I can’t.

The Christian life has its ups and downs but it seems like Christian music has decided just to focus on two basic and similar emotions: I’m better now after a struggle, and I’ve always been great. There are almost no songs about losing a family member, falling in love with someone you eventually marry, or dealing with addiction.

In a way, it is good the Christian music lifts us up but the problem comes in the fact that if we are always only emphasizing positive emotions, we end up with a superficial happiness rather than the deep happiness. When we are sad over a loss, it is cathartic to experience that loss again through music, drama or art.

In the Poetics, Aristotle says the catharsis of sadness is helpful even when you’re happy so when sadness comes you are not overwhelmed by it. The sadness we feel at the end of Hamlet teaches us two lessons: to avoid the errors of Hamlet who began as a virtuous man carrying out an act of justice but became vengeful which causes his own death, and it teaches us how to properly manage our emotions in real situations now that we have managed them in a fictional situation.

I want you to imagine a Christian music song with lyrics along the lines of: “As I close my mother’s eyes / I hear raindrops falling from the skies / I sit and weep alone today / it’s the first time I don’t know what to say / I really hope she’s heaven bound / but I still miss her all around.” (I’m not a great poet but I think that gets the sense.) Obviously, the melody and chord progression of such a song would be on the sad side. However, it brings out the human emotion of the situation all adult Christians will go through: the loss of someone they love.

Unfortunately, I fear a song on this theme set according to modern Christian music standards would have to be upbeat with lyrics like: “As I close my mother’s eyes / I know the Lord awaits her in the skies / earth today, heaven tomorrow / Jesus dries my tears of sorrow.” But realistically, is that an honest way to help most of us deal with family death? I don’t think so. If you don’t cry the day her mom dies there is something wrong with you; but unfortunately, there is no room for this in Christian music.

In book IX of the Confessions, St. Augustine struggles with a similar conundrum after his mother’s death: at first, he feels like he shouldn’t cry because he knows she should be in heaven but then he realizes it is okay to cry because he no longer has this person he loved.

Other emotional issues in Christian music are likewise dealt with only superficially. 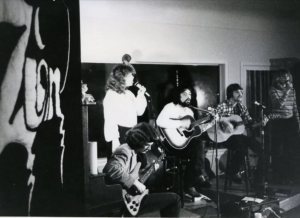 In 1999, a song by The W’s hit was number one on Christian rock charts and featured the following deep theological passage repeated four times in the refrain: “You are the devil and the devil is bad.” Obviously, that’s an extreme example of a certain theological superficiality in Christian music but I don’t think it is alone.

Two YouTube spoofs – How to Write a Worship Song in Five Minutes, and HOW IT’S MADE: Christian Music – both mention this theological shallowness. They both mention how you just need to mix a few random spiritual concepts like grace, love, something being on fire, and water analogies.

I think a lot of this is for a profit motive because a more theologically complex song might be a little hard to sell. However, this is a little shortsighted because most of the hymns that last decades or centuries have a little more theological depth. We could take the traditional Irish hymn, Be Thou My Vision, which explains the way God works through our various faculties, or Thomas Aquinas’s Panis Angelicus, which describes transubstantiation lyrically. They both go very deep theologically.

It is good that Christians learn basic theological ideas like grace and forgiveness but if we just repeat the most basic concepts in a haphazard way, we never really reach a deeper and more satisfying understanding Christianity. With a superficial theology, Christianity remains something akin to spiritual Prozac instead of being a spiritual Thanksgiving dinner with your family.

4 Responses to The Shallow Psychology and Theology of Christian Music