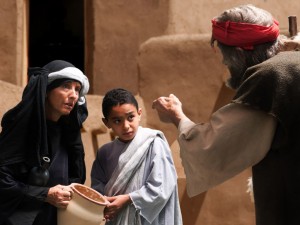 On Wednesday, November 4, 2015, on Southwest flight 5141, during the Denver-to-Detroit leg of the trip (the flight continued on to Atlanta where this writer lives), there were three women who, at first brush, would appear to have little in common; yet for the duration of the trip, these three could not get enough of sharing, laughing and crying over the joyful hope contained in a life committed to prayer.

No strangers to suffering, these women shared and asked for prayers over a niece who has gone missing and is re-addicted to heroin, a son near death and awaiting a healthy kidney for transplant, a sister who was brutally stabbed to death in July by her mentally ill boyfriend…these were among many other challenges varying in intensity of difficulty.  Peppered throughout the discussions was the note of hope, a deep hope that comes from knowing how great is our God. 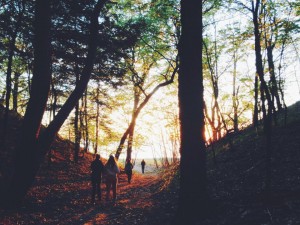 Now, how is it that three women of three different faith backgrounds: Protestant, Native American and Catholic have all come to the same approach to life?  All three have faced either abuse and/or  addiction and come through knowing that what really matters is what God says about these circumstances, that what really matters is a peace of soul that come from releasing to the capable hands of a loving Father in Heaven the entirety of our lives.  All three begin and end the day with God in prayer.  It is a question of time given, hope received and peace lived…every day, day in and day out.

What I learned, as I got to know these women—and got to know myself even more deeply through these new friends– is that devotion to daily prayer looks very similar across cultures and in the individual who prays to God, knowing Who God really is.  I need to elaborate here because I am no moral or cultural relativist.  I can relate much to the mission of Pope Francis in trying to wake the Catholic faithful up to the notion that what goes on between a person and God in his (or her) conscience is “the secret core and sanctuary of man” (Gaudium et Spes).  The famous re-quoted papal “foot in the mouth” of “live and let live,” was not a foot-in-the-mouth comment at all.

He meant it.  He meant that those squawking the loudest about this, that and the other fault in the other should live their own faith with greater intensity and fidelity…then, wait and see what happens with the lives of those entrusted to your care and presence.

I can give a personal example of this when some years ago our feisty, loving Irish pastor gave me the same advice, as I sort of pompously told him about our dear Baptist friends and what good Catholics they would make.  The gist of his comment to me was “take the beam out of your own eye first.”

That’s the kind of Love God gives.  At the same time, He gives personally, appropriately and in full union with the beauty of discernment that only the Holy Spirit can manifest.

We so often get in a tizzy over how others should and could live when we are not credible witnesses to the life of Jesus Christ in us, as we ourselves are so layered in defenses and sins that there is little to no way we can relate to our neighbor, much less convert her.

I think this is becoming clearer.

As we approach the historical and cultural differences among us, our hearts must be softened with prayer.  Prayer helps us know when to be quiet and listen ,when to joke around a bit and when to share compelling experiences that may, at first, trouble others, but will often lead to a “spiritual growth spurt.”

Though an adult convert to Catholicism, I was baptized as an infant in a lovely Methodist church made of the local limestone.  It is all God’s grace when my heart and mind and mouth encourage another to spiritual growth.  I was, for so long, living in a spiritual wasteland.  As a convert, who is just another pilgrim on her way, my words are insufficient to express the fact that “all roads lead to Rome.”

It has to be my life that it expresses that best.

So, I have sure opened a can of worms that I hope stays open for me and all who may read this little reflection.  There were so many significant stories shared amongst us three women that it is hard to know where to begin.

My new Native American friend saw my scapular and pointing to it said,

It also turns out that she prays a special prayer of thanksgiving to God in the morning, pausing at noon, even if outdoors working, and in the evening, much as many of us pray the Angelus.

Sheila told me many things about birds and feathers in the Native American spirituality including the fact that the eagle is often at the top of the totem pole for some tribes.  She told me that, for her, the falcons and eagles possess the function of God’s messengers carrying in flight messages from heaven back and forth from God to man.

Once, when she had to go to the hospital for surgery, she and her husband looked down and saw an injured bird on the sidewalk.  As she was amazed to report, there just happened to be the perfect box lying around for her husband to put the bird in, which he did.  He took the bird home after he got her settled in the hospital.

While she was waiting for her surgery, a nun in a grey habit came to sit by her bed (She is Canadian, by the way; so, you who are up on your Church history will fall out of your chairs on this one.) and spent some time with her giving her comfort and even a cup of tea.  Sheila did not mention this to anyone until she was in recovery and fully awake.  She was amazed to hear that the “grey nuns” had not worked in that hospital for over a hundred years.

When her husband came to take her home, she arrived home to the pleasure of seeing the bird healed.

Together, she and her common law husband of over thirty years, released the once broken-down bird to “Father Sky.”