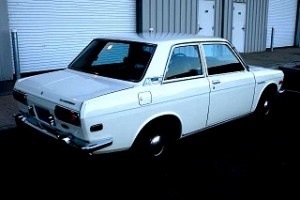 A 1972 Datsun chugging at a stoplight would not get a second look, well maybe from an antique car dealer. External appearances, whether positive or negative, tend to be the driving force for judgements.

Hardly able to hold back their giggles, participants at a local drag race looked upon Tim’s 72 Datsun in polite disgust as he trickled up to the latest muscle car for a Saturday morning drag race. Tim won; it he drove an electrically powered car specifically engineered for racing. Important not to go by first impressions.

Focusing upon the negative builds into a mindset difficult to change. This negativity inoculates the forces of good that simmer within our hearts! This negative attitude can make us think that all is lost especially in the case of families.

Pope Francis told American bishops at St. Charles Borromeo Seminary in Philadelphia that “the family is not first and foremost a cause for concern, but rather the joyous confirmation of God’s blessing upon the masterpiece of creation!” We tend to forget the blessings and live with the scarcity mentality concluding that our better days of family are behind us.

To change something for the better, all it takes is one person. “The only thing necessary for the triumph of evil is for good men to do nothing.” – Edmund Burke. Echoing this, Pope Francis in Laudato Si states, “Although “the wickedness of man was great in the earth” (Gen 6:5) and the Lord “was sorry that he had made man on the earth” (Gen 6:6), nonetheless, through Noah, who remained innocent and just, God decided to open a path of salvation. In this way he gave humanity the chance of a new beginning. All it takes is one good person to restore hope!

Fr Scott is from Kankakee, IL. He has two sisters and one brother who is a priest as well in the Legionaries of Christ. In 1983 he joined Immaculate Conception Apostolic School of the Legionaries of Christ located in Center Harbor, NH.  He has studied abroad in Salamanca, Spain for 2 years and in Rome, Italy where he earned a Bachelors in Philosophy from the University of St. Thomas Aquinas and Theology with the Legionaries Christ. He was ordained to the priesthood on December 24, 1997 and served the Regnum Christi Movement and local Church in Atlanta, GA from 1997-2010, Houston, TX from 2010-2015 and presently is serving in Philadelphia, PA. He enjoys sports, reading and pastoral ministry.
View all posts by Fr Scott Reilly LC →
This entry was posted in RC Live. Bookmark the permalink.