The new kid in town

The priest called me late on a Thursday evening.  He was a Legionary I had talked to many times on the phone, but had never met in person. 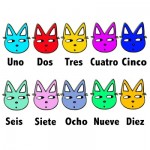 I was a “PR guy” and had been giving him some ideas about how he and the Legion could deal with a few communications problems.  This was 15 years ago and the Legion had quite a bit to learn about PR – some of which it is still learning.  Five years later I would leave corporate life and join the mission of the Legion full time.

But that night I was just a friendly consultant – and was a bit surprised at the question that popped from the phone against my eardrum.

He wanted to know if he could drop by my house on Saturday – in just a couple days.  He would bring a couple other Legionary priests and they wanted to spend the day getting some help to improve their communications.

As it turned out, my Saturday was free – and my wife was willing to have guests in spite of the flurry of cleaning and cooking that the visit triggered.

So it came to be that on a Saturday morning 15 years ago, three men in black knocked on my door and joined me in a day of discussion about how to go about communicating with a public that mistrusted them a bit – and they feared a bit more.

That day has remained clear in my mind, because it planted the possibility of working full time for the group – and because it started the Legion’s slow and sometimes stumbling crawl toward transparency in dealing with a suspicious public.  I also realized these men truly were on a mission for God.

But the day is memorable to me mostly because it was the first of many meetings I would have in the ensuing years with a tall, quiet priest they told me was from Mexico – but who seemed more European, even American to me.

It was a long, productive day, with breaks for pizza at lunch and one of my wife’s best chicken recipes for dinner.

I thoroughly enjoyed my time with my three new amigos, and was particularly impressed with the quiet man from, I learned, Monterrey.  He was sharp and insightful in his comments, very focused on the discussion.  At the same time, he seemed humble, even self-effacing.  He was almost gentle, with an easy smile and sense of humor.

I’m sure the other priests told me was the Legion’s vicar general (something like the vice president of a country), but that didn’t register with me.  I had no sense of the “rank” of these priests, just that they wanted help and were open to new ideas.

Fact is, the vicar general – Father Luis Garza – seemed like a pretty down-to-earth sort, though clearly a quick study.  My fondest memory of the day was Fr Luis sitting cross-legged on the rug in our dining room with my five-year-old daughter, who was thrilled to have a real live Mexican in the house so she could try out the Spanish she was learning in Kindergarten.  Laughing, Father Luis pronounced her fully competent on her numbers up to 20.

Being the PR guy for the Legion brings me a bit of the cross to carry.  That isn’t said as a complaint, but the simple fact that there is much that is unpleasant to deal with.

Reading the descriptions some bloggers and critics have written of Fr Luis, you might get the impression he wears a black cape and has terrifying fangs.  But that doesn’t square with my experience that day years ago – or in my frequent interactions with him since then.

I know there are people who will ridicule what I’m writing here, but I believe these are things that need to be said.  My impression of Fr Luis is that he is as straight a shooter as they come – and maybe a bit naïve.  He tends to trust others and assume the best about them.

That is an admirable way to be, a way I have always tried to follow, often unsuccessfully.

Long ago in another place and time, I was a teenager.  My dad was in marketing and had a number of job transfers.  As a result, I started each year of high school at a different school.

By the time I was a senior, I was beginning to think that my real name was New Kid.  The students at my last school even called me New Kid.  But everywhere I went, there always were a few friendly folks who reached out to make me feel welcome.

I pray that folks in North America will do the same for Fr Luis.

2 Responses to The new kid in town