I received the following commentary from Melicia Antonio, who will be joining the contributors to Regnum Christi Live. Melicia is a consecrated member of Regnum Christi who lives and works in Monterrey, Mexico. She is a native of San Diego, California. 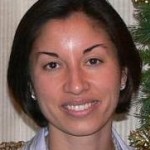 When I got the news that Fr. Luis Garza was appointed Territorial Director of the re-united United States territory, I whooped for joy in the miniscule cubicle that functions as my office, and startled two professors working in adjoining sardine cans.

Now, I don’t think I can really claim to know Fr. Luis is: I’ve never worked with him, I don’t tap his blackberry, and I’ve obviously never lived in his same center.  But he has been my Vicar General for the past 14 years and you can come to know a few things about a person even if you see him or write to him just a few times a year. (Few times x 14 = a little over 42 encounters, right?) And of all the characteristics that I’ve come to admire about him, there is one that bowls me over.

He answers my emails in less than 12 hours. In fact, he usually answers in about 10 minutes. I say 12 hours because that’s the longest it ever took for me to receive a reply from him.

Sometimes I write the kind of letter that that needs no answering back. He writes back anyway. Sometimes I write two lines to say” I’m praying for you”. He writes back and says “thanks, I need it”.  One time, I wrote and said “Hey, I have a question”, and he said, “Hang on for a few days, I have 50 bazillion things to do and want to take the time to give you a good answer.”  Five days later, I received a two page letter.

It bowls me over, because I’m not a director of a center, nor the head of an apostolate, nor one of the “first” consecrated members, nor a founding member of whatever-it-is foundation. I’m not even in charge of the laundry room. I’m just a rank and file soldier. And Fr. Luis acts like a rank and file general.

Others I know get the same VIP treatment. Like the group of high school girls who decided to ask Fr. Luis what “purity of heart” meant. (As if the definition didn’t exist in any Catholic catechism…) A few days later, they receive a thorough and easy-to-grasp explanation of the virtue.

Poor Fr. Luis! He hasn’t even started in his new territory and I’ve already increased his work load.