A Litany of Hospitality

Posted on September 14, 2018 by Holly Gustafson 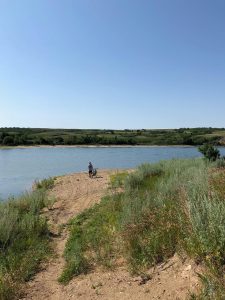 The German language has a great way of expressing broad ideas or sentiments in a single word. Treppenwitz literally means “staircase joke”, and describes that witty comeback you thought of too late. Fremdschämen is “exterior shame”, and describes the cringey feeling you get when you empathetically feel embarrassed for someone who is in an awkward or uncomfortable situation. Schnapsidee (“Schnapps idea”) are those regrettable ideas you might have after having too much to drink!

I wish we had a word in the English language for that moment when you’re ready to go, and then at the last minutes, something goes wrong. You’re set to head out to the door, and then you can’t find your keys. You’re about to sit down to eat and the telephone rings. Or, like yesterday, when I was about to lie down in bed at the end of a long day of soccer tryouts, grocery shopping, and staining the deck for over four hours, and then my phone charger was missing. My reaction is the same in all these situations: blame. Who didn’t put the keys back where they belong?! Who is calling right at supper time?! Who stole my charger?! My first thought is always to pinpoint who in my life has created this last-minute inconvenience.

This happened to me this summer. My son and I had been planning to go for a long bike ride at the beach: there’s a trail that runs along the lakeshore all the way up to a point called Little Arm Bay, and we’d been looking forward to it all month. We’d woken up early so that we could ride in the cool of the morning, attached our water bottles to our bikes, and were all ready to go. Except the front tire on my bike was low. “Who let this tire go low and didn’t tell me?!” I fumed, hunting for the electric pump. After a 15-minute search, I realized it was still in the back of my husband’s truck, back in the city. “Why didn’t he take the pump out before he went back in?!” I cried, looking for the new hand pump we had just bought for topping up the volleyball. I found it in the trees, broken. “Who broke the brand new hand pump?!” I railed. After a half an hour delay, and only after I’d laid blame to every member of my family, my son and I finally set out for our bike ride, my tire still low.

It was a hard ride. The dirt trail occasionally ducks through trees and berry bushes, then veers outward toward the lake, and then is at times almost entirely washed away. I was struggling with my not-ideally-inflated tires, and I was inwardly – and outwardly – grumbling. “This would be much easier if my tires were properly inflated!” I’d remind myself and my son every few minutes, mentally listing all those to blame for making my bike ride so tough.

Finally, we reached the end of the trail. We rode out to the point and gazed out across the quiet bay, at the cows grazing on the other side of the lake, the pelicans bobbing on the waves, the seagulls circling overhead. We’d made it. I stopped complaining, and I stopped blaming.

As we headed back away from the bay, I vowed to make a little bit more room. I let go of the blame and promised myself I’d make more space for the inconvenience of living in community with others, of being a family. The inconvenience of my things not being where I left them. The nuisance of interruption. The annoyance of my plans being delayed.

Every day, as part of a family, we are called to the virtue of hospitality in a heroic way. St. Benedict said, “Let all guests who arrive be received as Christ,” but Benedictine hospitality goes far beyond warmly welcoming guests into our home with a smile. “Hospitality is the way we come out of ourselves,” says Benedictine nun, Joan Chittister. True hospitality then, the kind we’re called to every day, means embracing the inconvenience of living together, the little irritations, the annoyances, the delays, as the means God gave us, as family, to come out of ourselves.

A Little Litany of Hospitality