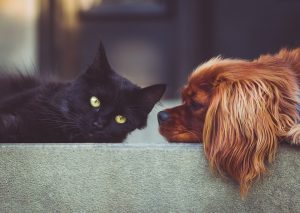 Tolerance is the virtue of the man without convictions. – G. K. Chesterton

I have new neighbors who are instructing me in the fine art of tolerance.

In our quiet little neighborhood in Chicago’s distant suburbs, we’ve been blessed to have wonderful neighborhoods. And I define “wonderful” as meaning they take care of their yards, don’t make much noise, and are friendly.

Our new neighbors break the tradition. The kids are noisy, the dog barks constantly, and there is much loud maintenance too early in the morning.

As a result, I’m learning about tolerance. I’m learning how to let go of what are, in reality, rather petty annoyances.

There are other things in my regular life that demand tolerance.

An otherwise gracious woman in my parish sings much louder than her musical talent would suggest she should.  I tune out her screeching.

Most of the major roads around me are involved in summer repairs, adding time to every trip I take.  I just add a little time to get from here to there.

A doctor I must see on a regular basis is medically skilled but incapable of taking his appointments on time.  I never go to his office without a book to read.

These are little things. But there are larger issues in life that require tolerance. They are the things I believe Chesterton was referring to in his quote above…things we cannot accept as correct and must work to change.

We live in a world of “political correctness” in which I’m expected to tolerate many things I believe are immoral: abortion, same-sex marriage, recreational drugs, excessive government regulation, and confiscatory taxes. Volumes are available on the evils of each.

Yet I am asked to be not only tolerant but to approve of such things. That I simply cannot do. I won’t bore you by going through all my examples, but just one: same-sex marriage.

I have and will tolerate people who are gay.  I will respect them and afford them the dignity that God and my Catholic faith require me to offer to every human being.

That doesn’t mean that I approve of the marriage of two people of the same gender.  And I’m not going to celebrate something that is against natural law, although the state may decide I must observe laws that are unjust.

Of course, there is a point where a law becomes so unjust that I have no moral choice but to disobey. Theologians and politicians have debated this at length.  But for me, there is a simple, practical formula to deal with the government’s injustice.

My formula could result in me ending up in rather unpleasant circumstances. Sadly, a society that demands tolerance of some denies it to others.  But if my circumstances do turn dire, at least I’ll have good company.