I Don’t Have to Go to Church 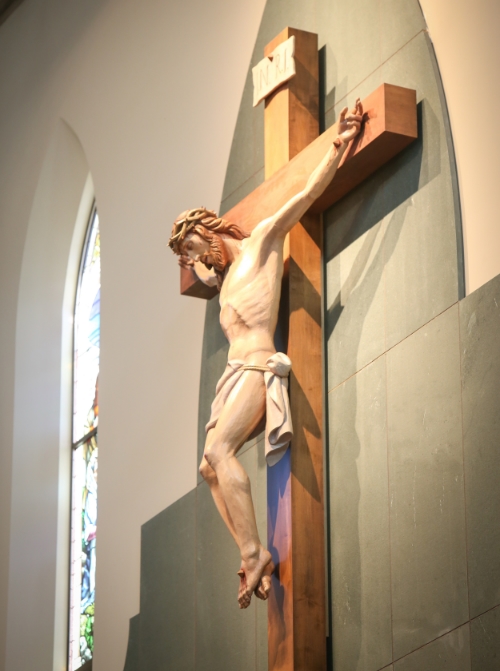 It was a strange, unexpected feeling.

The timing was ridiculous. It was August 15, the Feast of the Assumption (and my daughter’s birthday). My wife, mother-in-law, and I were getting ready to attend 7 p.m. Mass on this Holy Day.

Suddenly, as we were heading out the door I had an empty feeling deep inside.  Not exactly in my stomach or my heart…just deep inside.

I didn’t want to go to Mass. Don’t worry, I put on my game face and went and I doubt anyone other than my wife (who reads me clearly all the time) would have known I was troubled. But I was.

Perhaps it should have come as no surprise. As part of my role as a journalist, I had spent much of the day wading through the Pennsylvania Grand Jury report on child abuse. It is a horrible narrative of things that never should have been.

Reading the report brought back my memories of the abuse scandal that broke in Boston and seemed to spread everywhere. And as a member of Regnum Christi – and someone who has worked many years for the Movement – it brought back all the pain when the truth of our founder came to light.

I predicted when the earlier scandals arose that they would be eclipsed by the greater scandal yet to come, the scandal of who had enabled the abusers, who had looked the other way, who transferred people and covered up. The outrage at the abuse has been immense. The outrage at the denial of the abuse and the lack of action will be greater.

All of this was swirling in my mind as I drove to church, dropped the family at the door, and parked a couple blocks away.

It started raining, which seemed to be one more reason not to get out of the car and walk to the service I didn’t want to attend. But I got out of the car, grateful for my extra-large umbrella.

As I kneeled for a few minutes before the start of Mass, I realized it wasn’t abusive priests, negligent bishops or an ineffective Church hierarchy that wanted me to skip Mass on a Holy Day. It was Satan. To the extent all those failings of those of us in the Church are real, we have presented Satan with powerful material to put doubts into our hearts, doubts of our Church, doubts of our faith, doubts of one another.

Kneeling there with more anger than prayer running through my head, the outrage shifted from the Church to Satan. And I decided I’m not giving in. He isn’t going to win. The gates of Hell will not prevail in the face of Christ and His Church!

For 2000 years the Church has been attacked from the inside and outside. We have had popes, bishops, priests, and laity who were miserable failures and terrible sinners.  Those leading the Church have committed every abominable sin we prohibit.

Still, when I attend Mass I encounter Christ truly present in the Eucharist – no matter the personal failings of the presiding cleric and the assembled faithful.

I am a member of the body of Christ. And Satan is too weak to take that away.