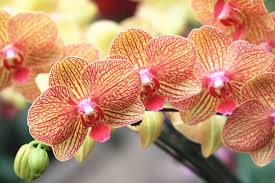 “We’re not flying. We’re falling… with style.” It’s a rather melodramatic quote from the first Toy Story, but I like to twist it to express something so true, so simple, and yet so hard to do: wasting time with style. We feel like we need to always be doing something productive or recreational. If it’s not one or the other, it’s being lazy. Not exactly. That would be true if everything depended on us, but quite frankly, it doesn’t. The depth of our identity is that we are sons and daughters of God who don’t do anything “practical” for him. We give him joy by being his beloved children who are there just to be loved.

Parents need only think of their children to know what I mean. How many times did that mud soup that little Johnny prepared them in his imaginary kitchen out in the sandbox actually taste good. My mom is allergic to pollen. As a kid, I used to go out into the farmyard, and gather as many of those omnipresent beautiful yellow flowers (weeds) as I could (I think you know what type I’m referring to). I would put them in a sippy cup or whatever I could find and bring them to mom. She would then take them and put the “bouquet” on the center of the kitchen table to adorn the house. Funny, now when I go home to visit my parents and little siblings, I still often find a cup of dandelions adorning some corner of the house. It wasn’t about the objective value of the gift, but the love of the giver. It isn’t what we do, but who we are.

Think of an intricate orchid. It’s absolutely beautiful: its brilliant color, its subtle curves, its symmetry and velvety skin. It doesn’t do anything. It just is. I think if it did anything, that would only distract from its beauty and the glory it gives its Creator.

We need to be like those orchids. Doing is important, but we also need to know how to waste time with style, spending it with our Creator in the Eucharist, being there for our loved ones whom the Creator has given us, and serving those poor the Father has placed at our doorstep.

It goes against the way our culture wires us, but step back and really think about what really matters. This simplicity of just being there that gives joy to the Father by the mere fact of being his child is so true and beautiful. We need to learn to live this way. Be true children. Give the Father this joy. “I’m not doing anything, I’m wasting time… with style.”

2 Responses to Wasting Time with Style