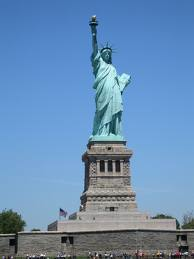 “This is the blunder of the cynics when they say that idealists do not succeed. Idealists, consistent idealists, succeed much better than anyone else, because no man can be at ease in the presence of his own neglected ideal. Men are always fidgeting and shifting a little nearer to the high seat where the fanatic sits. When once a man has been called an impracticable visionary, he is practically bound to be a success. The moment a thing has been called impossible, something sporting in the soul of man takes the bet and resolves to bring the thing about.”  GK Chesterton– The Illustrated London News, 29 June 1912.

Any time I complained about something as a kid, my dad would say, “Mike, quit the belly aching and get to work.” Perseverance, relentlessness, toughness, grinding it out, never giving up in spite of many obstacles and difficulties, etc….these were the attitudes and dispositions of our parents, grandparents and the founders of our country. They lived with great ideals and vision, and they were determined to reach their goals. Apathy needs to be fought and conquered, based on the understanding that we only live once, and God is asking us to use our talents and abilities to the utmost to make an impact on this culture. Not forgetting of course the maxim of Blessed Mother Theresa, “It is more important to be faithful than successful.”