Living the Beatitudes at Home – Part 4: Holiness Amongst the Shadows 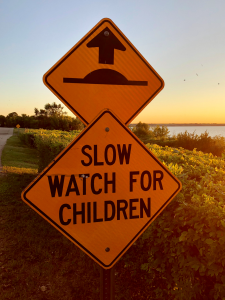 It is said that the traditional greeting among the people of the Masai tribe of Africa is Kasserian Ingera?, which translates as “And how are the children?” Whether or not this greeting is still used amongst the Masai today, it’s a lesson on priorities: when the children are well taken care of in a community, everything else will fall into place.

This idea – that it’s how we defend the defenseless that ultimately matters – is, according to Pope Francis in Guadete et Exsultate, the basis of the fourth beatitude. Those who hunger and thirst for righteousness are, in fact, seekers of justice, and true justice “is shown especially in justice towards those who are most vulnerable.” (79)

Blessed are those who hunger and thirst for righteousness, for they will be filled.”

But how do we live true justice out within the relationship of family? I asked my 12-year-old daughter who she thought the most “vulnerable” person in our family was, expecting her to say her younger sister. She thought for a long time, running through each of the seven members of our family in her head before finally concluding, “We all need help sometimes.”

She’s right. Although it’s easy to think of the youngest, or the oldest, or the sickest of our family as the most needy, each one of us has phases of vulnerability. The word vulnerable comes from the Latin root vulnus, meaning “wound”, and it’s our job as family to tend to the “wounded” in our home, like a little domestic hospital of mercy. This is remarkably hard because it’s often when someone is at their most vulnerable when they’re feeling especially broken and wounded, that they’re grumpy or downright rude to other members of the family, or that their patience and temper is short. What would happen if the next time we encountered an irrational child, or a moody teenager, or a grouchy spouse or parent, we approached them with the merciful words of Pope Francis – “heal the wounds, heal the wounds” – in the back of our head? Our family would become what it is meant to be – a school of justice, the place where we first come in contact with “the needy other”, and learn to tolerate, love, serve, and show mercy to those in the shadows.