Living the Beatitudes at Home – Part 3: Holiness for the Overly Optimistic 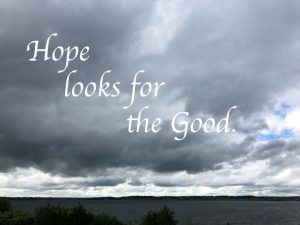 The Beatitudes certainly don’t get any better as you go along. As Christians, we’re called to be poor, meek, and now to mourn (spoiler: it only gets worse).

“Blessed are those who mourn, for they will be comforted.”

I remember the moment I realized that my blind and brazen optimism, which I had up until then considered one of my most positive qualities, had, in fact, become a liability. A friend from out of town had spent the weekend and had a flight to catch early in the morning. I had woken up to make her a coffee and say goodbye before another friend showed up to shuttle her to the airport, but as the time neared for her scheduled pickup, my weekend guest still hadn’t come out of her room. And it seemed awfully quiet in there. The thought flickered in my mind: might she have slept in?! It seemed probable – there was no sign of movement or even light coming from under the door – yet my unflappable optimism refused to believe that she might still be soundly sleeping when she should be dressing and getting out the door! Finally, her friend arrived to pick her up and asked, “Is she ready?” “I don’t know,” I replied apprehensively, “she hasn’t come out of her room yet.” The friend who’d arrived to shuttle my guest to the airport grew wide-eyed and sputtered, “Well, knock on the door!” Sure enough, she had slept in and now had to frantically dress, pack and rush out the door in minutes in order to make her flight. There was no time for coffee and no time for goodbyes.

Why hadn’t I just knocked on the door to see if she was awake? In my unconscious optimism, I didn’t want to face the idea that she might have slept in, to confront the reality of a rushed morning, or worse, a missed flight. And in my ignorantly avoiding the discomfort of the reality, I made it many times worse.

In the third beatitude, we are called to the virtue of compassion, to not be afraid to share in the suffering of others (the word compassion literally means “to suffer with”). “[We] discover the meaning of life by coming to the aid of those who suffer, understanding their anguish and bringing relief,” says Pope Francis (Gaudete et exsultate, 76). The tendency towards optimism may have prevented me from knocking on the door to see if my friend had indeed slept through her alarm, but it can also prevent us daily from confronting others’ sorrow, from suffering with them.

“It’ll be fine,” is always my optimistic response to others’ concerns (to the whiny child whose tiredness is making them overly sensitive, to the angsty teenager who isn’t fitting in at school, to the stressed-out husband who has to manage employees’ concerns) when perhaps what they need, instead of the dose of blind positivity I’m inclined to provide, is someone who will acknowledge when its not fine at all.

“Optimism is not enough,” says Pope Benedict. “Viewing things simply in ‘a positive light’ falls short, denies reality…. We must look not only for the good in every situation but for the Good.”

Optimism dismisses the pain. Hope acknowledges it, sits with it, understands it, and brings relief. Hope is not afraid to mourn, to “suffer with”, to knock on the door.

Hope is not afraid to mourn, to “suffer with”, to knock on the door.