The Worst of Times? 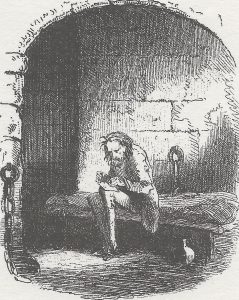 This is written for failed students of history, those who avoided the subject or those who forgot what they once learned cramming for a test.

Of course, in some cases, it is possible our schools never bothered to teach you some important things that happened since the dawn of mankind.  In that case, I have some startling news for you.

I’m not saying we’re living in a time of sublime joy. But it really could be worse – and it has been. Let’s consider some negative, definitive statements often heard in the public square.

“Never have politics been so bitter, the rhetoric so vile, the nation so divided.”

Well…things may seem bad, but I suggest other times when the nation was even more divided:

“With the scandal of clerical child abuse, we face the greatest crisis in the history of the Catholic Church.”

Well…the abuse crisis is awful, but the Church has faced difficulties before:

“The world is more violent today than ever before.”

Well…there is much – too much – violence in the world, but not when compared with a few times in the past: 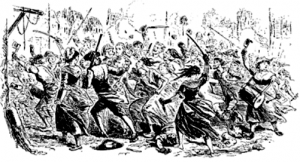 In each case, I could cite many more examples. And to a great extent, it is pointless to argue which era of history is most violent, what society has been most divided or which crisis has been worse for the Church. I only argue the foolishness of commentators who claim the current world is worst of all.

Without knowing history, we lack perspective.  And without knowing what came before us, history begins at the time in our lives when we start watching television, hear a radio or discover social media.

A young person who sees a violent demonstration on the news may be shocked.  Absent a sense of history, it may appear to be the worst, most devastating demonstration ever. But a student of history would recall the race riots of the 1960s, the violent demonstrations at the 1968 Democrat Convention in Chicago, the Vietnam War protests, the Haymarket Riot of 1886 or even the Boston Tea Party.

Reading the lists of “awfuls” above, you might get the idea that the world is a terrible place to be. But it is helpful to remember – in the midst of challenging times – that things have been even worse before. We survived and blessed by God’s grace and the strong human spirit He bestowed on us, we moved forward.

We’ve faced tragedy before and we’ll face it again.  But we can survive anything with God as our companion.