The Personality of Jesus Christ 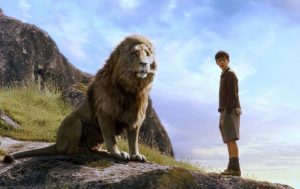 I was working on a short story for my creative writing course when I ran into a problem. The story is about knights and castles, and I wanted the King, Cherathon the Flame, to be an allegorical Christ-figure. But an author can only portray a convincing character if he understands him through and through. What is his temperament? How does he think? What are his motives? This all came down to one key question for me: what is the personality of Jesus Christ?

Luckily, my team here at the seminary had just finished a long discussion on personality types. We based it on the four-characteristic, Myers-Briggs system. So, I took everything that I learned from the conversation and sat down at my desk, tapping my pencil against my head as I tried to sketch this complex figure, the Messiah, the carpenter.

First of all, I had to ask myself if he even has a personality. I’m no theologian, but this was my train of thought. Christ became “like us in all things but sin” (Heb 4:15), and I don’t consider personality an effect of sin. If it is, then Heaven is going to be filled up with a bunch of non-personality people, and that will be either extremely interesting or painfully boring. (I assume the latter.) Jesus came to Earth sharing in our individuality. He was a real person, not some generic guy. In short, I think he must have a personality.

Then the next problem hit me. Since Jesus is perfect, how can you tell what his personality is? He has none of the defects and all of the strengths of each personality type.

When I started imagining scenes from the Gospels, this aspect of Christ (i.e. total virtuosity and perfection) was problematic. When Christ overturns the tables of the moneychangers, for example, is he being an extrovert, or is he an introvert who has conquered his fear with “zeal for his Father’s house?” (Jn 2:17) When the Pharisees put him on the spot in front of the woman caught in adultery (Jn 8:6), he doesn’t say a word, but nonchalantly bends down and begins to write in the dust. Is he an introvert here? Is he an extrovert who has learned to control himself? Is his “thinking” quality logically refuting the Pharisees, or is his “feeling” quality showing through in his tenderness and mercy for the accused woman? You could look at so many aspects of the life of Christ and still never come up with a definite answer. In any situation, he could either be using a personality trait or perhaps balancing another trait with virtue. This makes things complicated.

I soon realized that there is no way to pinpoint his personality beyond a doubt. So I approached the question from a different angle. What do I think his personality is, based on gut-feeling and personal experience? The pressure is off. It’s no longer theological; the question is now a personal one. I thought to myself, what are the images of Christ that have resonated within me most strongly?

I think of Aslan (the Lion of Judah: Gen 49:9) from The Chronicles of Narnia, of Aragorn (Christ the King: 1 Tim 6:15) from the Lord of the Rings. I think of Qui Gon Jinn (Master and Teacher: Jn 13:13) from Star Wars: The Phantom Menace. And no one could forget Mel Gibson’s Christ (Carpenter and Suffering Servant: Is 53) from his film The Passion of the Christ. In all of these characters (or a mix: Aslagorn-Jinn?), I see overwhelmingly the INFJ (introverted, intuitive, feeling, judging). This personality type is fittingly called “The Advocate.” Jesus himself tells us “the Father will give you another advocate…” (Jn 14:16)

I imagine Jesus Christ as a man of few words, although he taught and preached passionately at the service of the Kingdom. His mind was constantly on the highest ideal, and he fulfilled his down to earth duties with that higher goal in mind. He was deeply compassionate with his fellow men, rejoicing in their conversion and weeping in their downfall. He always maintained purpose and direction, yet at the same time was open to the will of this Father and the movements of the Spirit.

This assessment is in no way definitive. It’s a guess.  It’s based completely on my opinion and even changes from time to time. But it has given me the chance to think deeply about the person of Christ, something we should all do, and often.

And I tell you solemnly, King Cherathon the Flame will be an INFJ.

Br. John was born and raised in Rogers, Minnesota and has been a Legionary of Christ for three years. I am currently studying Classical Humanities at Legion of Christ College in Cheshire, Connecticut. I entered the Apostolic School in Rolling Prairie, Indiana in 2008, and after graduating High School entered the Novitiate of the Legionaries of Christ in Cheshire, Connecticut. I consecrated myself to God as a Legionary religious in September 2017.
View all posts by Br. John Sester, LC →
This entry was posted in RC Live. Bookmark the permalink.