Summer is a time for friends and celebrations, and we belong to a church that loves to celebrate.  You’ll be in good company with these five saints who have summer feast days. 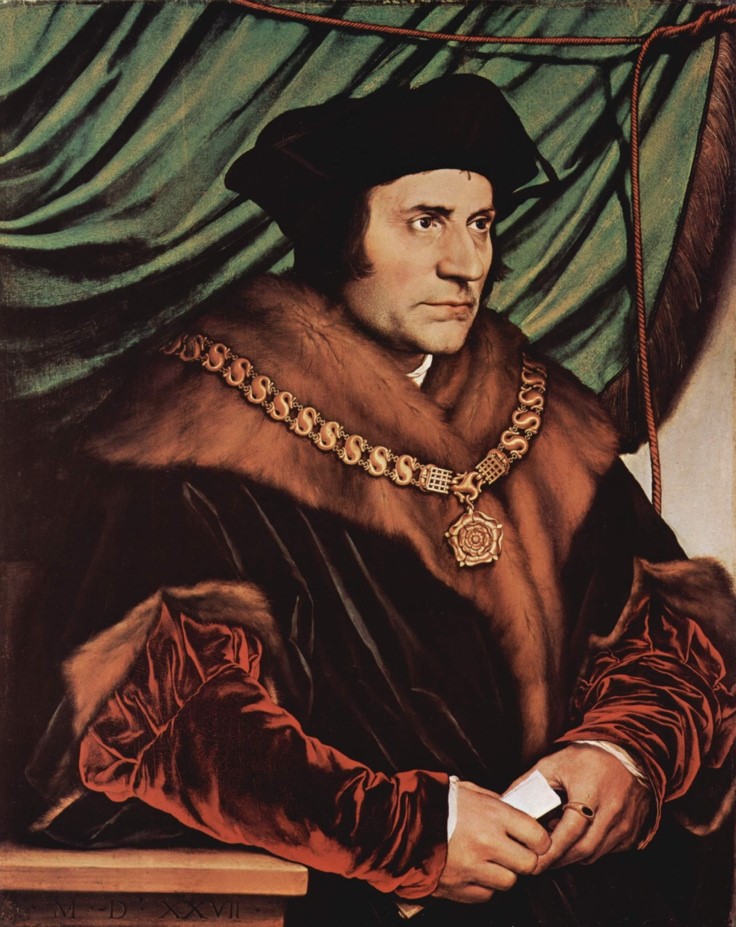 Champion of truth, St. Thomas More is a great friend to have in this era of moral relativism. Everyone needs someone who can help you see clearly and counsel you to make the right decisions, regardless of the consequences. St. Thomas More has your back.  In the midst of life-and-death tension, he never lost his sense of humor- a sign of his unwavering trust in God’s will. At his death, he even lightened the moment for the executioner, saying, “Cheer up, man, and don’t mind doing your job. My neck is very short, so see you aim straight. You don’t want to spoil your reputation!” And, “Stop! I must put my beard aside. It would be a shame to chop it off. After all, my poor beard is not accused of treason.”

Get to know him: The classic movie A Man for all Seasons is an inspiring introduction to St. Thomas More, and the book A Daughter’s Love: Thomas More and His Dearest Meg by John Guy tells the story of how his daughter preserved his legacy by supporting her father and smuggling his letters while he was imprisoned.

The first pope and the apostle to the gentiles are two great friends to celebrate with this summer.

Christ changed our vision of true human strength when he chose these two to lead the charge of changing the world with him. 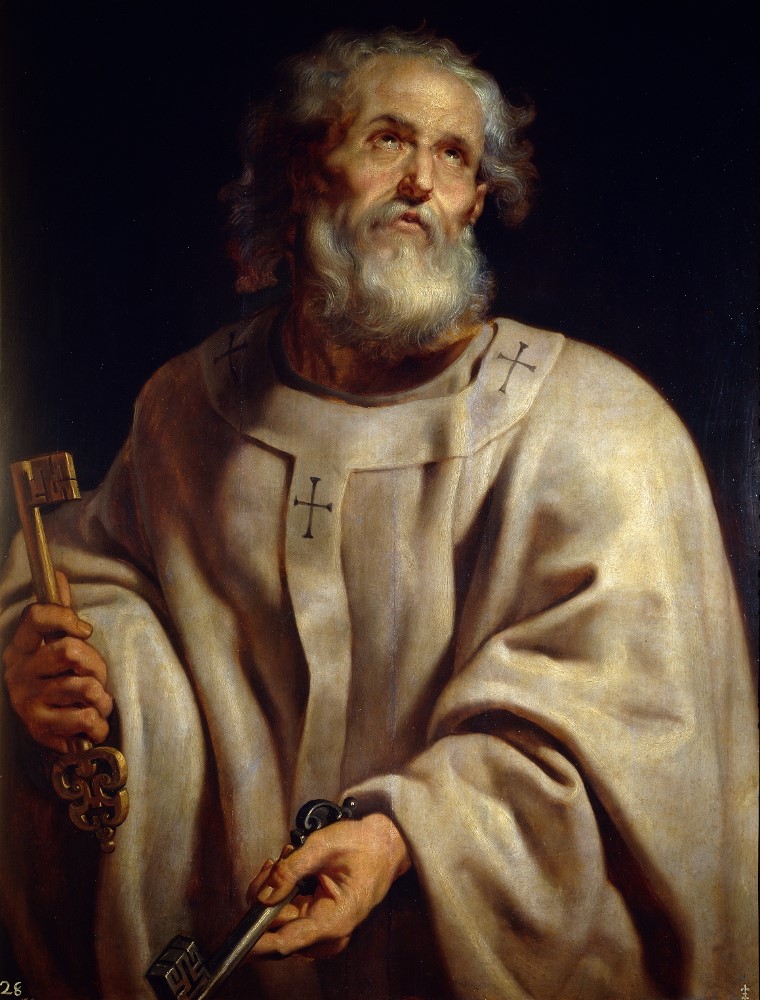 “Lord, you know everything; you know that I love you.”- St. Peter

Peter was a rash, impetuous man who denied Jesus three times. He became strong on his knees, in desolate humility, receiving  the unmerited mercy of Christ. Our Lord made Peter our leader and model not only in looking to Christ for forgiveness and strength, but in extending mercy to others.  This man, once afraid, hiding and lying to avoid being known as a Christian, had the strength to travel to Rome, build the Church there, and be imprisoned and crucified.  His heart was transformed as well as his actions.  In the garden of Gethsemane, Peter cut off the ear of a slave who had come with the party to arrest Jesus.  The experience of his own need for mercy changed him. Read his letters in the New Testament- they are the words of a man who has known mercy and extends that mercy to his flock, the church, imploring us to understand how much Christ loves us.

Get to know him: Built to Last: A Retreat Guide on St. Peter and the Papacy 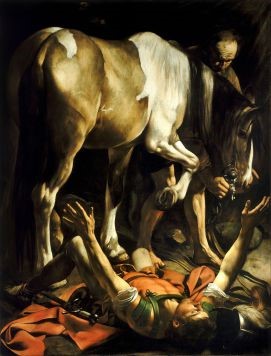 “Neither height nor depth, nor anything else in all creation, will be able to separate us from the love of God that is in Christ Jesus our Lord.” – St. Paul

In a similar way, it was St. Paul’s deep experience of mercy, not his human qualities and successes, that propelled him into the world to extend Christ’s kingdom in an unstoppable way.  Because of his own experience, he could see past human statu and through pretensions to the heart of man’s need for Christ in all circumstances, whether they were the intellectual elite of Greece and Rome, or humble slaves like Onesimus. The recent movie, Paul, Apostle of Christ, focusses heavily on the remorse Paul had for having killed Christians, and his experience of mercy as the driver for his apostolic life.

Get to know him: Messenger of Mercy: A Retreat Guide on St. Paul 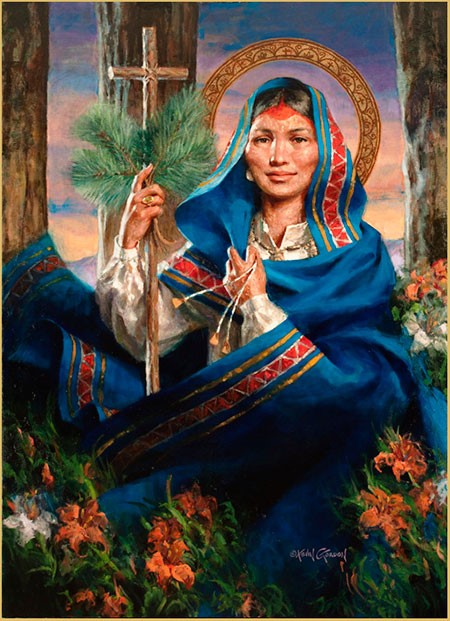 During his last homily at his last World Youth Day, St. John Paul II spoke to almost one million young people gathered in the outskirts of Toronto, Canada about courage, about not being afraid to take a stand for Jesus Christ. In doing so, he invoked the example of the first Native American canonized saint from North America: St. Kateri Tekakwitha. He said: “Do not be afraid to follow Christ on the royal road of the Cross! At difficult moments in the Church’s life, the pursuit of holiness becomes even more urgent. And holiness is not a question of age; it is a matter of living in the Holy Spirit, just as Kateri Tekakwitha did here in America and so many other young people have done.”

Get to know her: A Virgin’s Courage: A Retreat Guide on St. Kateri Tekakwitha

August 15th Mary: Feast of the Assumption of the Blessed Virgin Mary 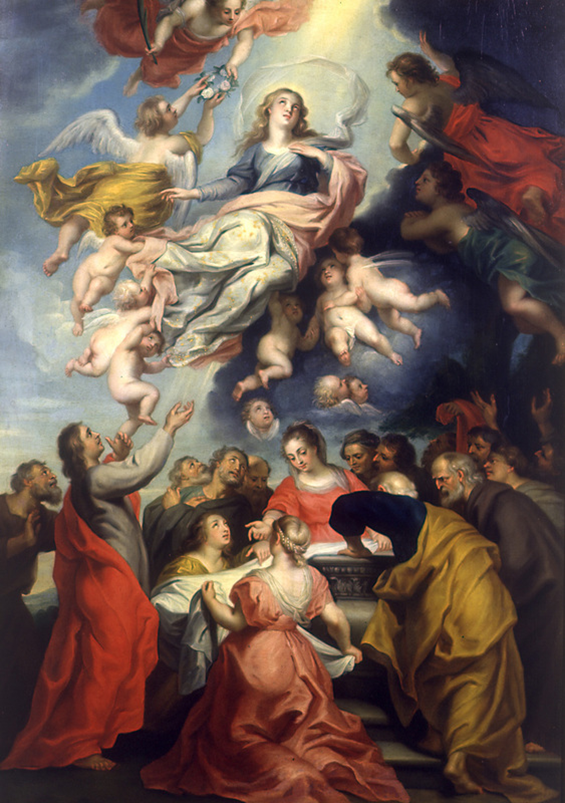 Painting: Assumption of the Virgin by Balthazar Beschey

“Finally the Immaculate Virgin, preserved free from all stain of original sin, when the course of her earthly life was finished, was taken up body and soul into heavenly glory, and exalted by the Lord as Queen over all things, so that she might be the more fully conformed to her Son, the Lord of lords and conqueror of sin and death.” – Pope Pius XIIand

The Blessed Virgin Mary led a life full of suffering. But she never let that suffering obscure her faith in God. She continued to believe in God and God’s promises, even when King Herod tried to kill the baby Jesus, when the Holy Family had to escape to Egypt, and when Jesus was rejected, condemned and crucified in front of her very eyes.

She always stayed faithful to God, because she knew that God himself is faithful, trustworthy, even though she didn’t always understand everything he was doing.

And at the end of her life, when her mission on earth was finished, her trust in God was abundantly vindicated. God chose to reward her with a very special grace: he assumed her, body and soul, directly into heaven.

Get to know her: God is Faithful: A Retreat Guide on Mary’s Assumption into Heaven