For many book lovers, summer brings the possibility of days spent relaxing with a good read.  The dilemma arises: what to choose?

A self-confessed bibliophile, I am blessed to have many friends whose souls and characters are enriched by being book lovers as well.  They come from all walks of life: priests, consecrated, lay Catholics, and other friends who have excellent taste in literature.

Reading can be more than an intellectual or entertaining pursuit. Good books of all genres are like mirrors held up to our souls and minds, helping us to understand ourselves, others and the world more deeply.

Good books, including fiction, help us become well-rounded, well-formed people who can chart a strong path in life and interact with those around us in a more humane way.  Reading can be a pathway to prayer as well, which is only natural since “The WORD became flesh.”  (John 1:14) Spiritual reading, as well as other books that shed light on of the art of living, bring us closer to God in our minds and in our souls.

Here are some of the top book recommendations I have collected from Regnum Christi Members of all branches, and from a very informal request on Facebook that generated over a hundred replies.  Many thanks to all of my friends who shared their recommendations so other readers could enjoy them too!

Feel free to share your own recommendations in the comments below!

Ps… The links in this post go through Amazon.com’s “smile” program for charitable organizations. Using them to purchase these books will give a small donation to the Legion of Christ Novitiate and College of Humanities in Cheshire, Connecticut. 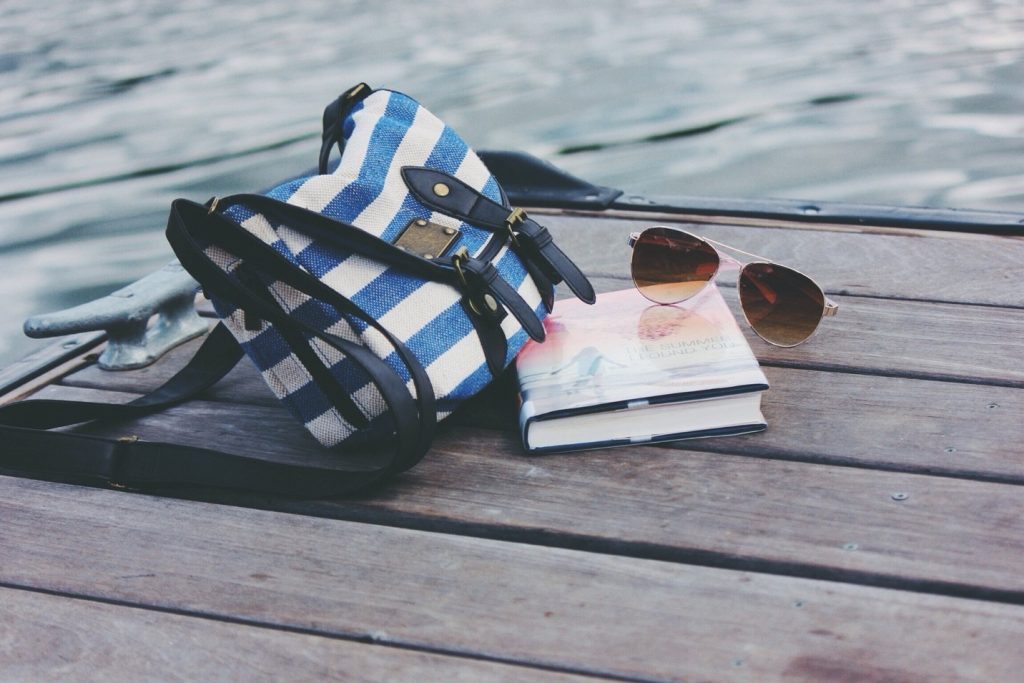 Lord of the World by Fr. Robert Hugh Benson

Recommended by Pope Francis and (then) Cardinal Ratzinger. Ok, the Holy Fathers did not respond to my recent Facebook query, but they did share their mutual recommendations publicly; Cardinal Ratzinger in 1992, and Pope Francis both in 2013 and 2015. This novel is written by the son of the then Anglican Archbishop of Canterbury, Robert Hugh Benson, who became a Catholic priest and prolific writer.  Written at the turn of the 20th century, it is prophetic in the story of the battle between the post-Christian secular world and the Catholic Church.

Recommended by Fr. John Pietropouli, LC (Washington, DC). “Quite possibly the greatest novel of all time. Waugh seems to have captured the essence of what it means to be a Catholic. Love, sin, redemption – the operation of Divine Grace, the action of a God who calls us continuously to himself – are all uniquely experienced through the members of the Marchmain family and those who share their life. And the English is superb.”

Recommended by Kerrie Rivard (Georgia). This is my favorite book of all time. So much richer than the excellent movie or Broadway musical adaptations.  This book will impact your life in a permanent way. Hugo’s story is well written, and his exposition of the human heart, the power of mercy and redemption, virtue, and the capacity to love all show the richness of how man was created in God’s image.

Gates of Fire: An Epic Novel of the Battle of Thermopylae by Steven Pressfield

Recommended by Helen (Washington, DC). “This book is FULL of human virtues and so well written. I want to read it again this summer.”

A snapshot of Irish country life from the 30’s to the 60’s. The friend who recommended this Christian series is on the 11th volume!

Recommended by Joann (Georgia). “For me, the theme of this book was ‘culture.’ I can’t stop thinking about it.”

The Curious Charms of Arthur Pepper by Phaedra Patrick

Recommended by Pamela (Georgia) “A good story of human nature, and just a fun read.”

All the Light We Cannot See by Anthony Doerr

The engaging story of  “a blind French girl and a German boy whose paths collide in occupied France as both try to survive the devastation of World War II.”

Recommended by Kerrie Rivard (Georgia). “Virtually every sentence G.K. Chesterton writes is a work of art in its own right. Combine that skill with the writer’s deep Catholic faith exposed through a humble priest’s understanding of human nature that gives him an uncanny ability to solve mysteries, and you have an unending source of enjoyment…at least until you get to the end of the 53rd story.” 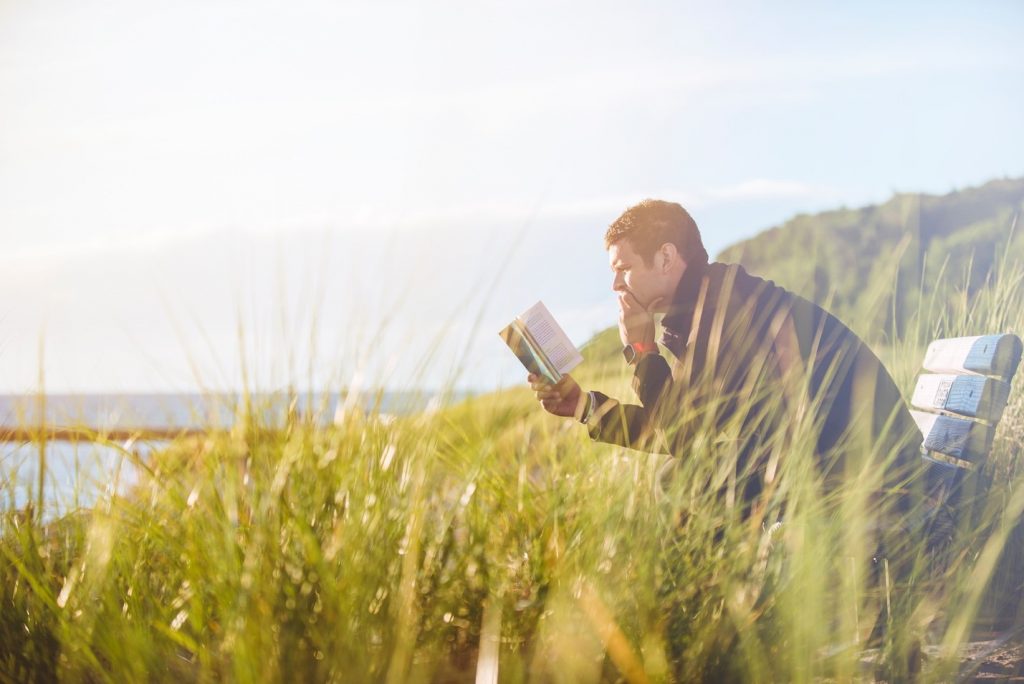 Dreams and Visions: Is Jesus Awakening the Muslim World? By Tom Doyle

Recommended by Fr. Martin Connor, LC (Georgia). “Powerful stories of encounters with Christ in the lives of Muslims.”

Recommended by Nancy Nohrden (Georgia). This book cuts through the politics in the war on women and exposes the beauty and strength of true womanhood and the feminine genius God instilled in all women.

He Leadeth Me and With God in Russia by Walter Ciszek

Recommended by Tom Clements (Georgia). Both of these books are well-written and engaging autobiographical accounts by Fr. Walter Ciszek, a priest who ended up behind the Iron Curtain during World War II, and subsequently imprisoned. With God in Russia tells “the gripping, astounding story of his twenty-three years in Russian prison camps in Siberia, how he was falsely imprisoned as an “American spy”, the incredible rigors of daily life as a prisoner, and his extraordinary faith in God and commitment to his priestly vows and vocation.”  He Leadeth Me is Ciszek’s spiritual memoir of the same experiences, elaborating the work of God in his soul during the events related in With God in Russia.

Strangers in a Strange Land by Archbishop Charles Chaput

Of Drunks and Monks by John Carmichael

Recommended by Jeff Garrett (Nebraska).  “It’s a good story about a man wounded by loss and brokenness who journeys back to find his faith.”

Reclaiming Conversation: The Power of Talk in a Digital Age by Sherry Turkle

Recommended by Holly Gustafson (Saskatchewan, Canada). “I’m 1 1/2 chapters into this right now and I feel like it’s a really important read.” The Seattle Times says “Reclaiming Conversation reminds readers what’s at stake when devices win over face-to-face conversation, and that it’s not too late to conquer those bad habits.”

A Return to Modesty by Wendy Shalit

Recommended by Denise (Ohio). “This book is enlightening.”  It is “a deeply personal account as well as a fascinating intellectual exploration.  Beholden neither to social conservatives nor to feminists, Shalit reminds us that modesty is not prudery, but a natural instinct—and one that may be able to save us from ourselves.

When Character was King by Peggy Noonan

Recommended by Michael (Mississippi). “A biography of Ronald Reagan that is a good honest assessment with a witty style.”

Everybody Always: Becoming Love in a World Full of Setbacks and Difficult People by Bob Goff

Recommended by Doran (Denver, Colorado). “The path toward the liberated existence we all long for is found in a truth as simple to say as it is hard to do: love people, even the difficult ones, without distinction and without limits.” 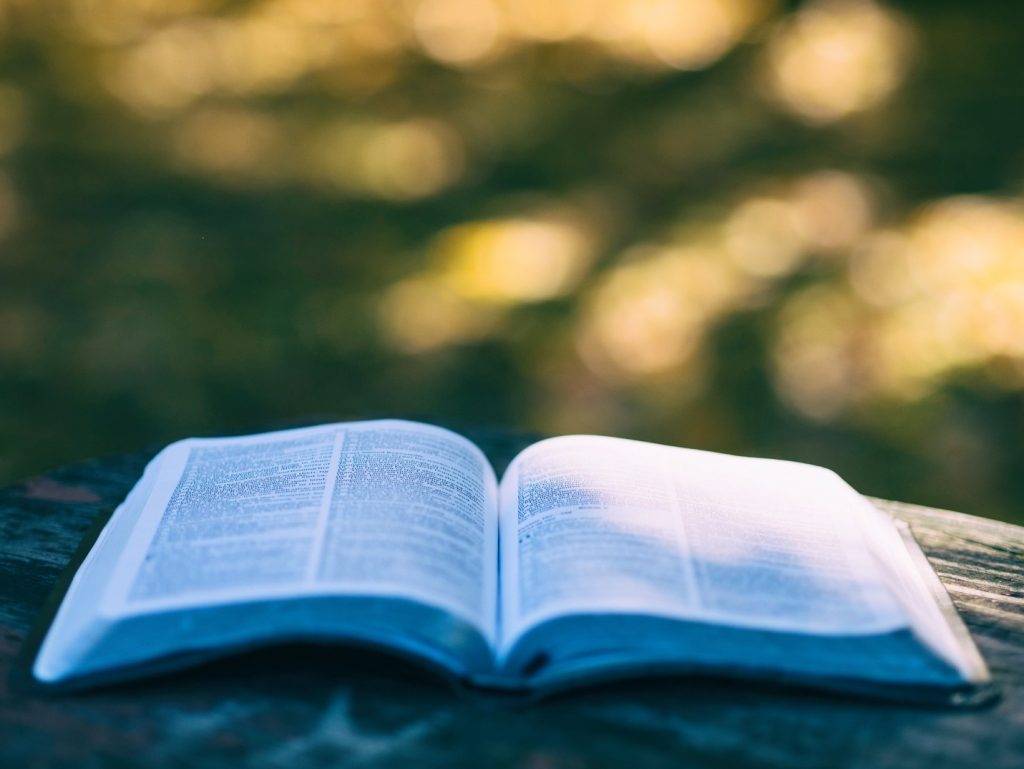 In the Fire of the Burning Bush: an Initiation to the Spiritual Life by Fr. Marko Rupnik

Recommended by Fr. John Pietropouli, LC (Washington, DC). “A true paradigm shift. He attempts to overcome the false dichotomies that we create between the physical (human) and the spiritual by focusing on our participation in the Holy Trinity. According to Fr. Rupnik, one of the best ways to become more aware of this communion is through our relationship with a spiritual father or mother.”

Awakening Love: An Ignatian Retreat with the Song of Songs ” by Fr. Gregory Cleveland, OMV Recommended by Eileen (California). “This book goes deep into the Ignatian Spiritual Exercises, paralleling them with the Song of Songs. It taps into our deep desires and longing for our Lord. There are prayer exercises included, so it’s more of a meditative prayer and reading journey.”

The Fulfillment of All Desire by Ralph Martin

Recommended by Kerrie Rivard (Georgia).  “This book will last you all summer, taking the writings of 7 doctors of the Church and painting the path of the spiritual life in a way that is directed at lay people, called to the fullness of holiness and following their vocation to be in the world but not of it.”

This resource is a staple in the prayer lives of many thousands of Catholics all over the country.  Going through all four gospels completely to encounter Christ as Lord, Teacher, Friend, and see more clearly how he is acting in my life, sacred scripture comes to life in a deeply personal way through this book of mediations.

The Collected Works of St. Teresa of Avila translated by Kavanaugh & Rodriguez

From her engaging and candid autobiography, The Life of Teresa of Avila, to The Way of Perfection which encourages all who wish to go deeper in their relationship of prayer with God, to The Interior Castles, which helps the reader understand the work of God in their souls, St. Teresa of Avila is a spiritual mother to all Catholics, and a very accessible and engaging writer.