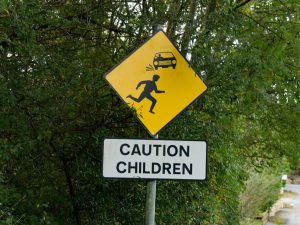 And I say also unto thee, That thou art Peter, and upon this rock, I will build my church; and the gates of hell shall not prevail against it. – Matthew 16:18

It would be easy to get depressed by the Irish referendum. Two-thirds of voters said they wanted restrictions eliminated on abortion.

Two-thirds of the Irish took the pro-death side – although I doubt many thought of it in those terms.  They voted for the right of a woman to choose, a modern progressive position that puts Ireland squarely in line with most of the “first world.”

How could this happen in one of the world’s most Catholic nations? The explanations abound:

I could make a long list, but it all comes back to people forgetting the difference between right and wrong – and wanting to live for their desires rather than God’s will for their lives.

But I have great hope for Ireland.  I have been blessed to make many wonderful Irish friends, tops among them, my favorite daughter-in-law. Ireland evangelized much of the world; now we’ll need to return the favor.

What does a Catholic leader say in the wake of such a horrendous defeat? A person of faith knows that the Church truly will prevail over the gates of Hell.  And we know that truth doesn’t change despite the will of voters.

Bishop Kevin Doran of the Diocese of Elphin, who chairs the Irish Bishop’s conference committee on bioethics, issued an eloquent statement the day after the election. His message is worth taking to heart for all of us who believe in our Church and the gift of life. 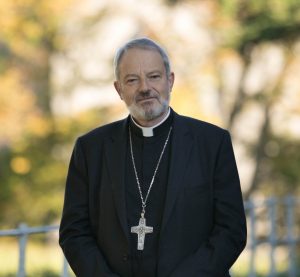 As we awake to the reality that Irish people have voted by a significant majority for abortion, my thoughts go out to the thousands of good people, across our Diocese and across the nation, who worked so hard to protect the right to life both of women and their unborn children. I include among them our clergy who have sought to offer pastoral leadership. Huge numbers of you, motivated by real compassion, also voted No. I share your sadness.

There will be plenty of time for analysis in the days ahead. For now, I want to encourage you with the thought that what was true yesterday remains true today. Every human being without exception has an inherent right to life which comes from God, in whose image we are all made.

In many countries where abortion has been legal for years, Christians continue to bear faithful witness. That hope must inspire us now as we proclaim anew the Gospel of Life, both in the political arena and in the renewal of our pastoral outreach. As Church, we will continue to explore effective ways to support women and their unborn children, families in difficulty and women who have had an abortion. I will be inviting people to actively engage in conversation about the shaping of that pastoral outreach in the coming months. We also need to find new ways of helping Irish women and men in this generation to rediscover the dignity of human life from conception to natural death.

St John speaks of Jesus as “a light shining in the darkness; a light that the darkness cannot overcome” (Jn. 1). My prayer for you is that the light of Christ will fill your hearts, especially in these days, so that you in your turn may be “a light to the world”. (Mt. 5)