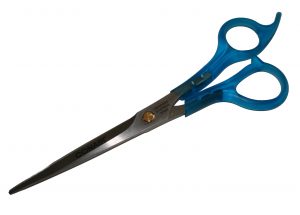 As I was getting my hair cut in the basement it all came to me. I wish I would have thought of that before my meeting. Sharing it with a brother priest was nice during the haircut, but I wish I could go back and explain better. That’s what I want to do now.

Last year I visited a prominent businessman in the Tri-state area. I prepared for the visit by making sure I had all my numbers straight, how much we have gotten out of debt, our current budget situation, and so on. Most of all I prepared myself through prayer and simply being passionate about the mission of the Legion and Regnum Christi. But I wasn’t prepared for one simple question that he insisted on. What do you do? That sounds easy to answer, right? After all, how hard can that be to explain to someone what you normally do?

I explained how we form apostles: we try to give them an experience of the love of Christ, form them, and send them out. I even proudly pulled out my newly designed – glossed business cards with our catchphrase of how “Christ gathered the Apostles around him, revealed to them the love of his heart, formed them, and sent them out”. My card also had the five dimensions of a Regnum Christi member. I tried using that too.

This is a very good man who likes us and has supported us for many years. He wasn’t trying to stump me, he simply said that he can never come up with a clear answer for his friends when they ask him what Legionaries do.

After my few attempts, he said again, “No, no, no, what do you do?” I again spoke about forming apostles and giving him an idea of many different activities that we do to form apostles. But in the end neither he nor I were overly pleased with my response. Thanks be to God the man still likes us and continues to support us.

This year I planned another visit with him.  The question “what do Legionaries do?” was in my mind for a few weeks. Finally, an answer came to me: we pump gas. Like any analogy, it is never perfect. But it can make a point.

Pumping gas does not seem glamorous at all. I understand that, but we pump spiritual gas, grace, into souls. We do it over and over again in different ways. We pump grace through confession, spiritual direction, through preaching retreats and leading small groups. Most of my time as a legionary priest is precisely this one on one encounter with souls, or preaching.

I mentioned the idea of pumping gas to some of my legionary brothers. A few of them didn’t like the analogy. It seemed too simple. But inside I said to myself, “that is actually the point, it is simple and lowly, not glamorous”. Most of what we do precisely is not so externally glamourous. A few other of my brother priests actually liked the analogy, so in the end, I decided to stick with it. After all, I was convinced of it.

Our meeting was on a Wednesday at 10 am at his office. After the normal chit-chat, I brought up how last year he asked me the question what do Legionaries do? He remembered it. I said that I have come up with a good answer: Legionaries pump gas. I explained to him that we pump grace into souls through confession, spiritual direction, and preaching. His face lit up, and it was clear he got the picture. He liked the image and finally understood. His next phrase especially showed he understood what Legionaries do. “You guys are the electric bases that charge the Teslas”, he said. I told him that at 80 he is more modern of a thinker than I am. He then repeated back to me, “you pump gas into people’s souls through confessions, spiritual direction, and preaching retreats”. He clearly understood.

He then asked me if we could do more in the diocese. I had just told him how much we have consolidated houses, sold off several properties, how we have learned not to spread ourselves too thin. I explained our Regnum Christi charism, and how we specialize in the formation of lay apostles, lay spiritual guides in particular, and how they, lay people also pump gas in their own way. I explained how that is really the only way we can multiply ourselves and reach the greatest amount of people possible. He began jotting a few things down. He then asked if we could provide him with a monthly segment on forming lay spiritual guides that he would make public.

Our conversation ended there on a very good note. I felt it was overall a successful visit, but during my haircut in the basement, some more came to me.

I failed to explain to this man the real difference, specifically who we pump grace into. This is where the phrase More Tankers than Takers came to mind. We do not simply pump grace haphazardly. We do it with intentionality, and we should do it more to the tankers than to the takers, just like a company that distributes gas should pump more gas into its tankers, than into individual takers, if it is going to distribute gas effectively. Because our business is about spreading God’s grace, as Legionary priests and Regnum Christi members, we are called to primarily pump grace into the tankers: to those people who not only want to be filled up themselves, but who feel the call to also bring the grace of God to others, by being an apostle.

In the Program of Formation for the Legion, it says: “[Christ] dedicated a very significant amount of his time to forming a certain group of people to be co-workers in his mission: above all the twelve Apostles, and more broadly, his disciples, both men, and women” (n.88). A “certain group” implies intentionality, focus, and a limit in who is even possible to see. We cannot see and take care of everyone, but we can focus on a certain group.

I really felt at peace with this analogy of the tanker when two weeks after my visit with this man, I met a new group of about fifteen women. I know the organizer of the group and I give her spiritual direction. She introduced me to the group, and after I explained who I am as a Legionary and Regnum Christi member, she said, “father, don’t you legionaries give spiritual direction to people. Isn’t that one point of your charism, and you get training in that?” For just a second some fear and worry came upon me: “eight new people could ask me for spiritual direction before I walk out of this room”, I said to myself. This would be on top of the 35 people I already see on a monthly basis. All of a sudden the image of the tanker came to mind: I said, “yes, we do offer spiritual direction. And as Regnum Christi members we offer spiritual direction to anyone who asks, but to those who we see on a more regular basis, they are usually tankers: they are the ones who not only want to be a taker but who also feel the call to be a tanker. To fill up other people’s souls with grace. An incredible relief came upon me. I just avoided taking on in spiritual direction several more people who may only want to take something in. And I figured if one of them did come to me, most likely they feel called to be a tanker.

I will speak with any soul, whoever that might be, in order to love and help him or her just as Jesus would do. Speaking to a poor person on the street, being open to all the people that come into our lives one way or another, this is all the working of the Holy Spirit. But we can never forget who we are and what we do as a mission in the Church. I am more than happy to see someone at least once, and in that one encounter, I will try to find out what the person needs. But a long-term commitment to accompany someone demands some more discernment, and I will always have to ask myself if our Regnum Christi charism resonates with them or not. The question we need to ask, is “does this person want to be an apostle?”

Every soul is of equal value and dignity as a child of God, and every soul deserves our full attention and dedication. But just as we need to intentionally work with the poor, we should also intentionally be focused on those who are called to be apostles.

There is a great Regnum Christi family who is of the most integrated and enthused members of the movement I know. They asked me to give spiritual direction to one of their adult children. After praying about it I said yes.  I did so for different good reasons, but above all, because I know how much it meant to them. I was also inspired to ask the wife to consider becoming a lay spiritual guide. This gave me relief, that by me taking care of her better, she too would be better filled up and may be willing to be a spiritual guide herself.

Other ways of expressing this same analogy of the tanker are the phrase “forming formators”. Sadly, I almost never hear this phrase anymore, and to me, it is at the core of our charism. Once at a family dinner, the wife, an active and engaged Regnum Christi member, said: “Regnum Christi members need to be feeders, and not only be there to be fed”.

Number 88 of the Program of Formation sums it up the best: “ … in order to be faithful to their calling, Legionaries should dedicate a substantial part of their ministry to the formation of those people who, as St. Paul teaches, are able in turn to teach others: “And what you heard from me through many witnesses entrust to faithful people who will have the ability to teach others as well (2 Tim 2:2)”.

In a war, like the spiritual battle we are in now, the evil one will focus on and try to take out the tankers. This is to cut off the gas supply of the enemy. This is why we are called to intentionally focus on that “grace supply”, and take care of those who have the most potential in getting God’s grace out to people.

Either we choose intentionally to form more tankers than takers, or little by little we will be overtaken. Our charism would be stifled. On the other hand, by focusing intentionally on those whom the Lord is calling to be multipliers, apostles, formators, we will be lightening up matches and our charism will flourish.

Fr. Stephen Dyas, LC, was born in a small town in Pennsylvania and raised in Reddick, IL.  In 1989, during high school, he attended Immaculate Conception Apostolic School. Fr. Stephen was ordained a priest on December 22, 2007 in Rome. Since his ordination to priesthood he has worked in France and Montreal, Canada.  Over the last three years he’s worked in New York City in development for Regnum Christi and the Legionaries of Christ, and is also a chaplain for the Lumen Institute.
View all posts by Fr. Stephen Dyas, LC →
This entry was posted in RC Live. Bookmark the permalink.