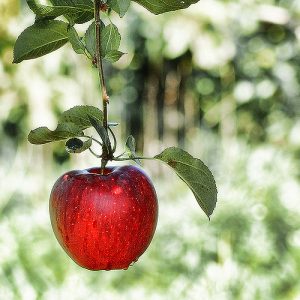 Genesis Chapter 1 to 11 was like a prologue to God’s salvation of man.  It showed a repetitive pattern of man sinning against God, hence, God’s punishment, and led to God’s salvation for man.  This ultimately brought out the key message of God’s infinite love and mercy for man and His preparation for the salvation of man, since the beginning.  ‘From the beginning until “the fullness of time,” Word and Spirit remain hidden, but it is at work. God’s Spirit prepares for the time of the Messiah’ (CCC 702).

Although man continually and repeatedly sinned against God, i.e. original sin by Adam and Eve (Gen 3:6), Cain killing Abel (Gen 4:8), Lamech being the first bigamist (Gen 4:23), the wickedness of man (6:5) and the Tower of Babel (Gen 11:4) etc., which God grieved and was sorry that He had made man on earth (Gen 6:6), God still loved man and never ceased the opportunities for man to repent.  Again and again, He offered a covenant to man (CCC 55), just as He established a covenant with Noah and blessed man after the flood (Gen 9:11), so man could return to the loving relationship with God, just as when they were first being created.  For He wishes to give eternal life to all those who seek salvation by patience in well-doing (CCC 55).

For example, when Cain killed his brother, Abel, although God gave Cain harsh punishment, He still protected him from vengeance by putting a mark on him and let him dwelt in Nod to build a city.  Another example was when Eve sinned against God by consuming the forbidden fruit, due to her greed and pride in wanting to become wise like God.  Although she was being harshly punished by God, as a woman, that God had greatly multiplied her pain in childbearing and she would be ruled over by man (Gen 3:16), God still protected hers and Adam’s dignities by clothing them before sending them away.  Later, God also appointed for her another child, Seth, as the replacement of Abel, and she was the mother of all mankind.  “After the fall, God buoyed them up with the hope of salvation, by promising redemption; and he has never ceased to show his solicitude for the human race” (CCC 55).  This also fulfilled God’s salvation plan to continue the holiness in the genealogy of the Messiah.

Even when man continue to sin against God and disrespect Him until today, because we were all made in God’s image, after His likeness (Gen 1:26) and because of God’s infinite love and mercy for man, He offered a covenant with man and promised an eternal salvation (through the Messiah), so man could live an eternal life, just as the beginning of creation.  Just as St. Catherine of Siena said, “everything comes from love, all is ordained for the salvation of man, God does nothing without this goal in mind” (CCC 313).