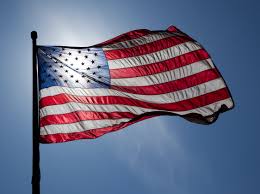 I will always stand for the national anthem.

Once I didn’t and it was a foolish moment I regret.  Let me explain.

College was a chaotic time for me (and our country).  It was the early 1970s, and the protests against the Vietnam War were at their peak.  The University of Illinois was more about sex, drugs and rock-and-roll than math, science and the arts.  Everyone was mad about something and protests were constant.

I wasn’t much of a protester.  Just to be clear, I was no fan of the war.  It wasn’t so much that I opposed its goals, but the way we waged it with intellectual, political foolishness.

While some students cut class and did things that attracted the Illinois National Guard to the campus, I went to class.  I just didn’t see that it made sense for me to skip classes I was paying for to march around the quad shouting. 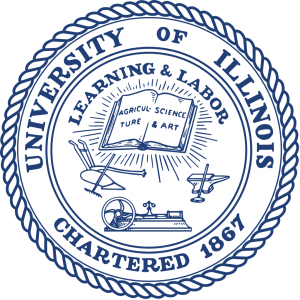 The chaos of the times extended to my relationship with my father.   Let’s just say there was a bit of tension.  There were many reasons and they aren’t important for this discussion; what is important is that we tended to disagree on just about everything.

I was surprised one year during my college time when dad decided to attend Dad’s Day, a traditional event the university was trying to preserve during untraditional times.  Our pathetic football team was playing Ohio State that day.  They were one of the most powerful teams in the nation – and my dad’s Alma Mater.

As I recall, the Fighting Illini never got the ball into Ohio State territory and we lost by something like 50 points.  But my losing moment was before the game, at the playing of the National Anthem.

For reasons I don’t fully understand, I decided not to stand.  It was a protest that many students did, but not something I had done before.  I’m afraid I decided to sit because it would bother my dad, a World War II veteran.  And I was right; it hurt him deeply and he was angry, bewildered and sad.

I would like to say I immediately saw the error of my ways, apologized and we moved forward as best friends.  But this was real life; reconciliation with dad would come more than a decade later as he was dying from cancer – and I had grown up a little.

It had been years since I had thought of that day.  The decision by an NFL quarterback to sit in protest during the National Anthem brought back the memory – and for me, the regret.

My decision to sit caused pain for one person (dad) I was just one sophomoric sophomore sitting in the crowd.  The quarterback is well-know and a national audience of millions sees him sitting.  He can annoy lots of folks

The problem with this sort of protest is it does considerable collateral damage.  It tends to make a point at the expense of people who are not the cause of the problem being attacked.  It causes pain but offers no solution. 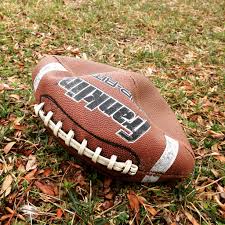 I don’t know much about this particular football player, other than seeing him play on television a couple times.  I expect he believes his actions are courageous, noble and self-sacrificing.  I

Irrelevant is a better description.  He is protesting against some nebulous failings of our nation rather than for something constructive.

In 10 years, I predict he will wish he was known for something more positive than the guy who refused to stand up for the National Anthem.  And being backup quarterback on the team ranked 32 of 32 for quarterback talent.