The Implications of Living Celibacy 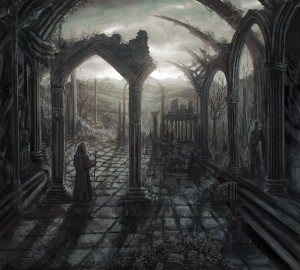 “In the Name of”, the first of 19 competition entries to screen at this year’s Berlin film festival, focuses on a priest’s struggle with his sexuality while working with troubled youths in a deprived corner of rural Poland where drug and alcohol abuse are commonplace.

The film takes a swipe at the Catholic Church, which still wields huge influence in Poland, and producer Malgoska Szumowska said she expects Polish conservatives to react negatively, but she said her main concern was to depict the loneliness of a priest’s life.

“It is hard to imagine a more lonely person than a priest… I spoke to many priests and they told me that it is very hard,” said Szumowska.

Upon reading this movie review this past week, I was struck by what this Polish film maker has done.  In a very dramatic way, she has highlighted a current problem that is being tossed about on many different waves all over the world in regards to the Catholic celibate priesthood:  loneliness.  Living a celibate life myself as a consecrated woman of Regnum Christi, I have read, discussed and heard much on the topic in the past 15 years.  The main problem as I see it is a lack of realism of what a person can do on his or her own.

In the book of Genesis, God saw after he made Adam that it was not good for the man to be alone.  He needed a partner in life.  So God made Eve, the first woman. They in turn embraced each other and created the first human family, mirroring in a human way the divine reality of the Blessed Trinity who is a communion of persons.

So about the priesthood…how does a normal man who is called by God need to live?  He cannot live alone, this movie seems to suggest.  I would suggest the same thing.  In my personal experience, I have always lived with a community.  For those priests who belong to a religious community, they have the good fortune and grace to live with others, to share their lives, and daily apostolic experiences, their sorrows and their happy moments together.  And hopefully they can experience a balance of activity and rest, of solitude and fraternal sharing.

What am I saying with this?  Basically that if Catholics want happy, well-balanced priests, we need to encourage them to live in small communities where possible or to have weekly fraternal life with their fellow priests.  We also need to stop pushing for married clergy as an antidote to the loneliness of priests. Instead of taking away and devaluing the precious gift of celibacy which is what, by the way, helps our priests to be as dedicated, selfless and generous with their flocks as they are, we need to instead help them to enjoy healthy friendships and regular downtime with their brothers in the priesthood.  I recall the joy of a young priest I met in Halifax many years ago who told me about his Monday lunches and brotherly conversation with the 2 other priests in his area. This was a sacred time for all three men of different ages and experiences and they each made the commitment because they knew it was a key element of their perseverance.  Just like many married couples I know who realize that they need their weekly date night to communicate peacefully with each other, to share their commitment to each other more deeply, priests and consecrated men and women need the same thing with those who share their vocation.

And, by saying that a priest should be able to marry in order to solve his loneliness problem, what is our view of the wife of a priest?  Those of us who know married clergy in the Byzantine or Greek Orthodox churches are well aware that their priesthood is a vocation for their wives and families as well.  Their wives have to be ready to be second place to the flock under their husband’s care.  A friend of mine who grew up in the Byzantine rite recalls the modesty, simplicity and dedication of one of the priest’s wives (the other in her parish was celibate) who homeschooled their 3 children, ran classes and essentially was available for many of the duties at the parish.  It is helpful to note that even in those rites, there are many celibate men who choose not to marry and their bishops are celibate, according to their tradition.

Finally, as a person also called by God to follow him exclusively, I have to say that even though marriage and children were very appealing to me, God was and still is even more so.  I have personally experienced the grace and strength that God gives to those whom he calls to live a dedicated life like he did 2,000 years ago on earth.   A life by the way that also included a community life with his Apostles and also good friends…think of Martha, Mary and Lazarus, to name a few.  And no, I don’t believe the rumors that he was ever married to Mary Magdalene.  Maybe that’s because there is no real proof of such a relationship…or maybe it’s because I can understand that when you have a calling from God, he supplies all – including my community and my friendships that sustain and inspire me in my vocation.

3 Responses to The Implications of Living Celibacy